Kane has several accomplishments with the club, including finishing as the top scorer in the ‘Premier League’ in both the 2015-2016 and 2016-17 seasons, being named the ‘Premier League Player of the Month’ six times, being named to the ‘PFA Team of the Year’ three times, receiving the ‘Premier League Golden Boot’ twice, and becoming the ‘PFA Young Player of the Year’ once. Also, he began representing England at the ‘Under-17’ level before making his senior international debut in March 2015 in a ‘UEFA Euro 2016’ qualifying match. Then, in this article, we are talking about this player. So, please keep reading to know more about him.

Patrick and Kim Kane gave birth to Harry Kane on July 28, 1993, in Walthamstow, England. His Irish traits stem from his father’s Irish lineage, who is from Galway. Charlie is Harry’s older brother. His family relocated to Chingford in 2004, where he completed his primary school education at Larkswood Primary Academy before enrolling at Chingford Foundation School to continue his secondary education. Teddy Sheringham, who motivated him to become a player since his boyhood, was his idol. 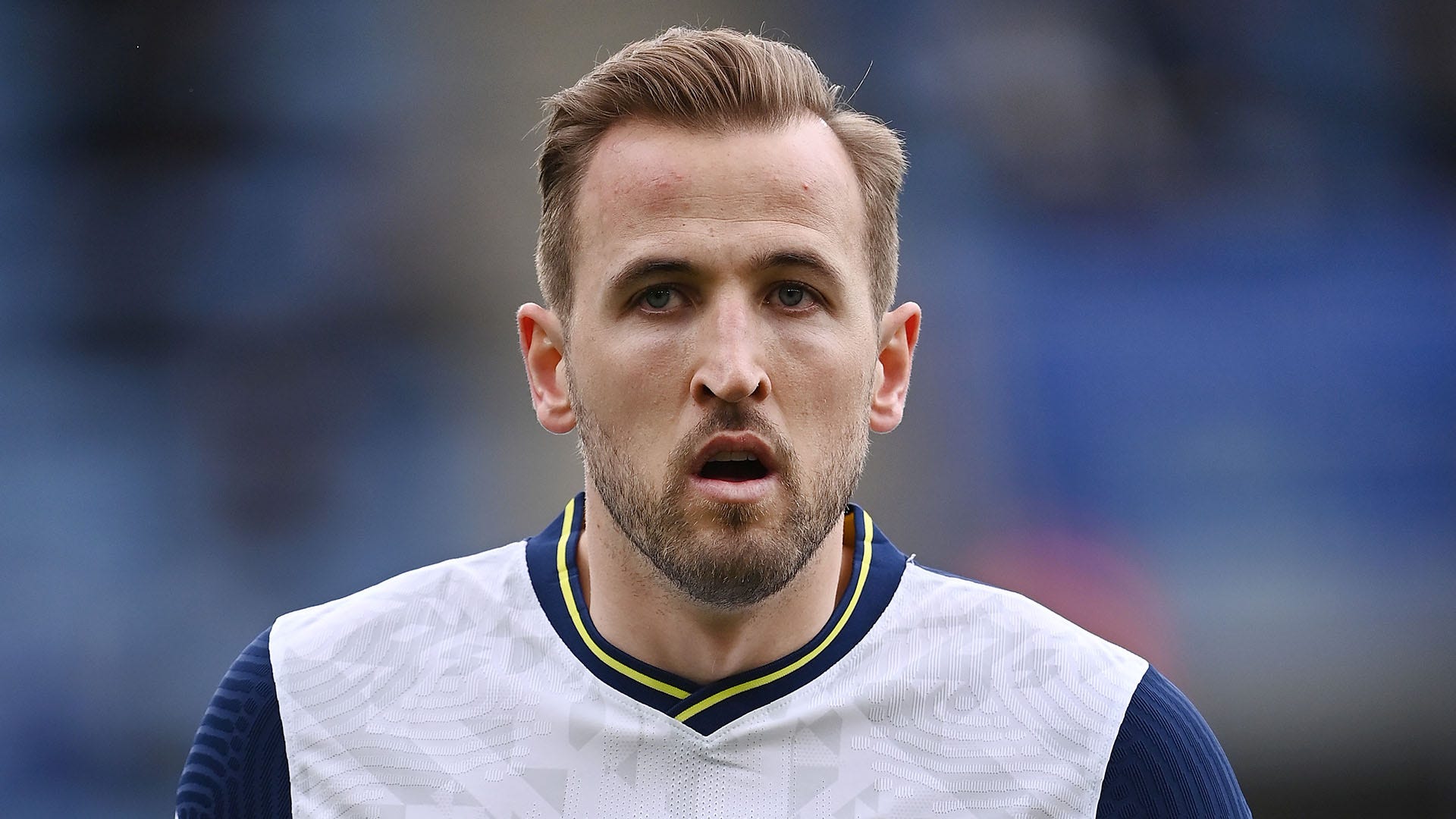 He was nominated to manager Peter Taylor’s 21-man team for the 2013 FIFA U-20 World Cup on May 28, 2013. On June 16, he made his debut in a 3-0 triumph over Uruguay in a warm-up match. On June 23, 2013, he assisted Luke Williams’ goal against Iraq in the first group-stage encounter. Also, he then scored against Chile the next week, receiving a ball from Ross Barkley and shooting in from the edge of the penalty area. Kane made his under-21 debut against Scotland on August 13, 2013. Also, he came on as a replacement in the 58th minute of the match, which England won 6-0.

During the 2015 UEFA European Under-21 Championship qualifying, he scored a hat-trick for England under-21s against San Marino on October 10. Also, he continued to score prolifically, with his brace against France giving him 13 goals in 12 under-21 outings.

Harry Kane added another feather to his cap by winning the Golden Boot for scoring the most goals at the World Cup in Russia. The striker won the award after finding the back of the goal six times in seven games. Then, in his debut World Cup outing, the 24-year-old claimed the trophy.

On June 10, 2017, he captained England in a 2018 ‘FIFA World Cup’ qualification match against Scotland at ‘Hampden Park,’ where he also scored and guided England to a 2-2 tie. On October 5, that year, he scored the game-winning goal in extra time against Slovenia, securing England’s place in the 2018 FIFA World Cup.

Kane scored twice in England’s opening group round encounter against Tunisia. Also, he then scored a hat-trick against Panama, which the Three Lions went on to win 6-1. Then, in the Round of 16 match against Colombia, he converted a penalty. Also, he scored three goals from the penalty spot out of six attempts. The Tottenham Hotspurs striker was unable to add to his total in the remaining games for Gareth Southgate’s side, but it was enough to overtake Romelu Lukaku, Cristiano Ronaldo, and Denis Cheryshev, all of whom scored four goals in the tournament. Then, in doing so, the Tottenham striker tied England’s World Cup goal record, which was achieved by Gary Lineker in 1986.

Unfortunately for Kane, who was captaining England in the competition, his efforts were insufficient to propel his team to the final match. England were eliminated from the competition after losing 2-1 to Croatia in the semifinals. They finished fourth after falling to Belgium 2-0 in the third-place playoff match.

Kane, who has been the Premier League’s top scorer for two of the last three seasons, has been extensively linked with a move to Real Madrid following Cristiano Ronaldo’s departure to Juventus. If two or more players are tied on goals, the victor is determined by assists, according to the Golden Boot regulations. If assists cannot be shared, the individual honor will go to the player who has played the fewest minutes to score the goals.

Harry Kane scored a hat-trick in the first half as England cruised to the 2022 World Cup with a 5-0 hammering of Albania, but Italy still has a long way to go following a 1-1 draw with Switzerland. England still needs a point in San Marino on Monday to mathematically qualify, but they have a three-point lead and a six-goal edge on goal difference over Poland, who secured at least a playoff spot with a 4-1 win over 10-man Andorra. The Three Lions can look forward to Qatar with confidence after returning to form at Wembley with three goals before halftime.

Harry Kane has 50 goals in 71 appearances for the Three Lions. The 28-year-old striker is only three goals behind Wayne Rooney’s record of 53 goals in English history. After a sluggish start, Kane scored 17 Premier League goals this season. With his current form, there’s no reason he can’t equal Rooney’s record or match his own six goals at the 2018 World Cup, which earned him his first-ever Golden Boot.

Kane scored his first goal for England in a 4-0 win over Lithuania in 2015. But it wasn’t until 2017 that he started scoring consistently at the international level, netting seven goals in six appearances. 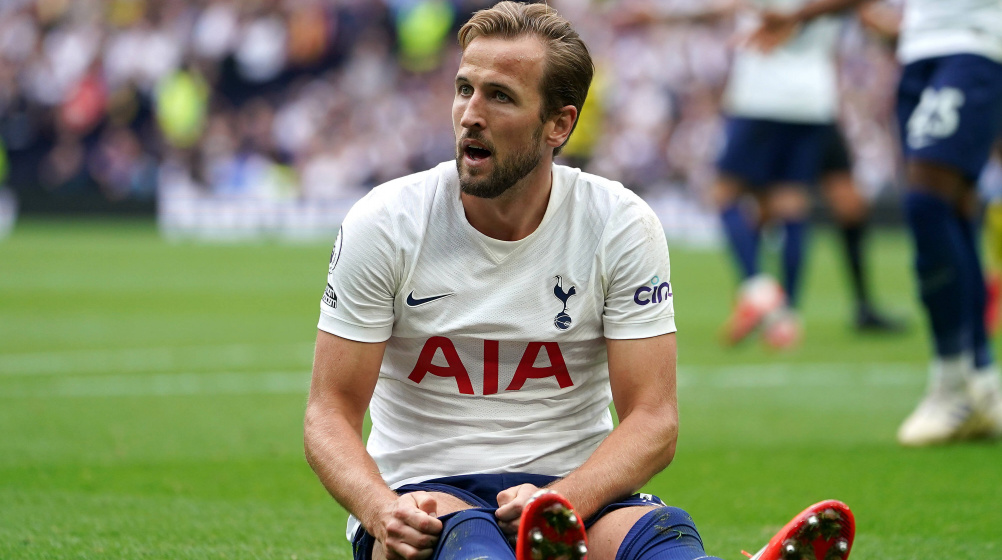 That form carried over into 2018 and the World Cup in Russia, with Kane scoring eight goals in 12 matches. Six of them came on the grandest stage of all, the World Cup, as England advanced to the semifinals. His scoring streak continued, as he increased his goal total in 2019 to 12, adding to his career total throughout England’s Euro qualification and Nations League competitions. Also, he went goalless on a limited schedule during the 2020 calendar year, which was interrupted by the COVID-19 epidemic (just six matches). Then, in 2021, he rebounded with a single-year career best of 16 goals in 16 games. So far in 2022, he has two goals in four games.

So, his birthday falls on 28th July every year.

Besides, he is 28 years old currently.

Harry Kane is worth $49 million in total. The England international gets a rumored yearly income of $12 million, with weekly earnings of roughly $270,000. Katie Goodland is the fiancée of national team captain Harry Kane. She was Harry Kane’s high school sweetheart, and the two have been together ever since. She is a sports enthusiast who has also studied sports psychology. They are now happily married and have two children. She is presently employed as a fitness coach at a gym in Walthamstow. She is still on Instagram, where she publishes pictures of her family and friends. Also, her iconic proposal photo with Harry Kane received 20 million likes on Twitter, and she quickly became renowned throughout the world.

How much is Harry Kane worth?

Harry Kane is worth $49 million in total. The England international gets a rumored yearly income of $12 million, with weekly earnings of roughly $270,000.

How many goals has Harry Kane scored in total?

He has already scored an incredible 178 goals. And more than half of those goals have come on the road, as he established the all-time record most Premier League road goals scored (95) with his effort against Brighton on March 16.

How many red cards has Harry Kane had?

Has Harry Kane ever scored a free kick?

Kane scored his first Premier League goal from a straight free kick. But that was beginner’s luck, since Kane has failed to score with each of his past 53 direct free-kick efforts since that heavily-deflected goal against Aston Villa in 2014.