Fernando Alonso Díaz is a Spanish Formula One driver who currently drives for Alpine. He is one of Formula One’s most fluent speakers and undoubtedly, the best at dealing with the media. He began his racing career at a young age. Further, he headed to Formula One after a series of wins at the junior level. In the mid-2000s, his arrival on the racing circuit and ensuing titles denoted the end of the Michael Schumacher era. He initially won the F1 World Drivers’ Championship with Renault in 2005, revealing his undoubted brilliance. Although he has not won another title since 2006, he still remains one of the best drivers on the track. His place as one of the best F1 drivers of all time is certain, thanks to his career stats.

If you would like to know more about the famous F1 motor racer, then you are welcome here. Read along as we throw ample light on Alonso’s life.

Born in Oviedo, Asturias, Northern Spain, on July 29, 1981, his birth name was Fernando Alonso Díaz. He came from a working-class Latino family. His father, José Luis Alonso, was a mine shaft explosives factory mechanic. On the contrary, his mother Ana Díaz was an employee of a department store. Besides, he has an older sister named Lorena Diaz, who is probably a doctor. 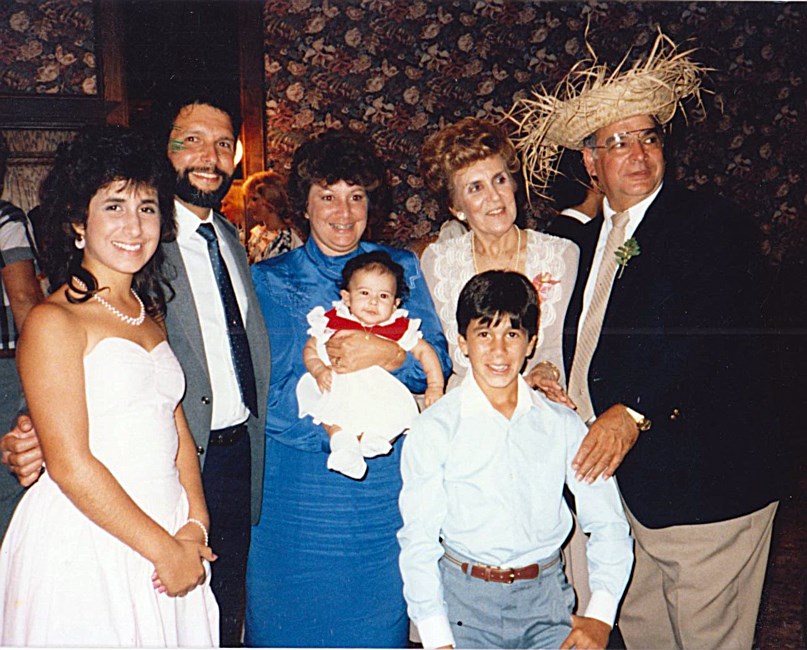 Alonso’s father, an amateur kart racer, fuelled in him a passion for cars and racing.

From 1985 to 1995, Alonso attended the Holy Guardian Angel Primary School in Oviedo under the Basic Education System. Further, he enrolled at San Lazaro’s Leopoldo Alas Clarin Institute. However, due to his love for racing, he dropped out in 2000. Actually, his motor racing career forced him to quit during his Curso de Orientación Universitaria. After not obeying his mother’s orders and rarely attending courses, he received a permit to study away from school. However, he was unproblematic and earned a solid academic result by asking his classmates for notes.

Early Life and Start of Career

Alonso won his first kart race at the tender age of seven in Pola de Laviana. Further, he went on to win the Asturias and Galicia children’s junior titles in 1988 and 1989. Additionally, he was the winner of the Asturias and Basque County Cadet Championships in 1990. From 1993 through 1996, Alonso also won four Junior National Championships in a row after joining the Spanish Karting Championship. With wins at the Trofeo Estival, the Marlboro Masters, and the CIK-FIA 5 Continents Juniors Cup, his early success continued. Moreover, Alonso also won both the Italian and Spanish International A championships in 1997.

Furthermore, Alonso made his wheels racing debut at the age of 17 in the Nissan Euro Open in 1999. Thus, he won the title in the season’s last event.

Adrian Campos signed Alonso in 1998 to compete in the Spanish Euro Open in 1999. He won the title by a hair’s breadth and set a new record in the process. Furthermore, he progressed to Formula 3000, which served as a stepping stone to Formula One. He finished the season in fourth place. Moreover, to enter F1, he tested with Minardi M01 and M02. 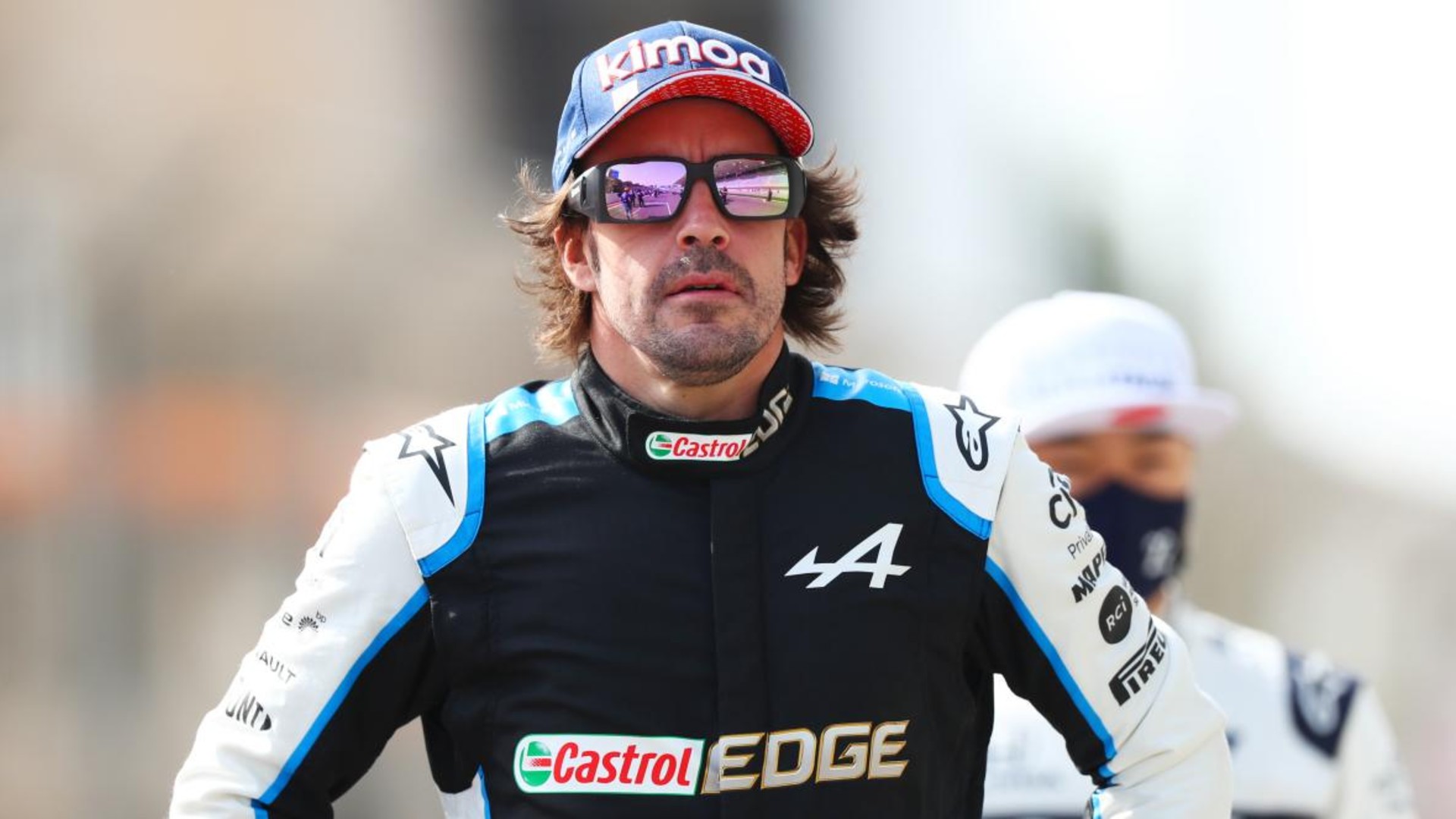 After serving as a test and reserve driver for Minardi in 2000, Alonso joined its race team in 2001. Further, the same year, he made his Formula One debut with Minardi in the Australia Grand Prix. His performance was outstanding, and he often outdid his teammates. His best result was a tenth-place finish at the German Grand Prix.

In 2002, Alonso joined Renault as a test driver, completing over 1600 laps. He also earned a second seat next to Jarno Trulli. Further, he went on to win the Hungarian Grand Prix and finish sixth overall. He stayed with Renault until 2006 and indeed had many great results.

Alonso won the San Marino Grand Prix in 2005. During the Canadian and United States Grands Prix, however, he failed to leave a mark. Nevertheless, he kept up with his good work and racked up more title points.

He overcame Michael in the 2005 Brazil Grand Prix and still considers it among his best races. For his win in Brazil, he received the Prince of Asturias Award.

Alonso won the Bahrain Grand Prix at the start of the 2006 season. Additionally, he won at the Australian and Monaco Grand Prix. His winning streak continued in the UK and Canada. Therefore, he became the season’s first driver to finish first or second

in all nine races. He also won the desired title at the end of the season.

In 2007, Alonso joined McLaren and made his debut in January with their car. At the Malaysian Grand Prix, he won his first race with the team. He also won the Grand Prix of Monaco and the Nürburgring. However, his actions at the Hungarian Grand Prix strained his bond with the team. Following, he quit at the end of the season.

In 2008, Alonso came back to Renault. He began with late finishes, causing rumors that he might leave, but he did not. He won the Singapore Grand Prix. Besides, he was also a strong opponent in the Italian and Japanese Grands Prix. Further, he finished fifth at the end of the season.

Alonso had to exert himself in the early races in 2009. His only podium finish came in the Singapore race, where he came in third. He dedicated his victory to his late boss, Flavio Briatore, who had recently passed away. Moreover, he finished the season in eighth place.

In 2010, Alonso joined Ferrari. He won the race in Bahrain, but he didn’t have much success in the rest of the events. Further, his victory in the German Grand Prix the same year sparked debate.

Besides, he also won the DHL Quickest Lap Award at the end of the 2010 season for his fastest lap.

Alonso finished third in the Turkish Grand Prix in 2011 and remained with Ferrari. In Germany, Hungary, Italy, and Japan, he continued to lead, resulting in further podium results.

He won the Malaysian Grand Prix in 2012 and came in third in Monaco. Other races that year saw some striking clashes and mishaps. He ended the year in fourth place. Besides, he also won the Spanish Grand Prix and came second.

In 2014, he came close to winning the Hungarian Grand Prix. However, Daniel Ricciardo beat him to the finish line. At the end of the title, he came sixth. He also declared that this would be his final season with Ferrari.

In 2015, Alonso came back to McLaren. He had an accident at the start of the year. As a result, he had to miss plenty of races. Although he competed in the Malaysian Grand Prix, he only scored in the British Grand Prix. For the rest of the season, he did not score a single point.

In 2016, Alonso injured himself in another accident and had to miss some matches. He finished sixth in the Russian Grand Prix after his return. He did not finish on the podium in any further races. Even though his luck ran out in 2017, he continued with McLaren.

Besides, Alonso also earned fame for setting the fastest lap in 2017, among many other accolades and titles. For the same, he won the 2017 Fastest Rookie award. Later, he was named Rookie of the Year at the Indianapolis 500.

He finished fifth in the Australian Grand Prix in 2018. In August 2018, he stated that he would no longer compete in F1. Since then, he has moved on to the Indianapolis races.

Alonso was signed to drive for Alpine F1 Team for the 2021 season. His third-place finish at Qatar was his first podium finish since the 2014 Hungarian Grand Prix.

Alonso is due to join Aston Martin on a multi-year deal in 2023. Alonso joined the team because he wanted a multi-year contract extension, and Alpine was only willing to give him one more year in F1.

Fernando Alonso is having a net worth of $280 million currently. Moreover, between yields and endorsements, he earns $40 million per year. His prime sources of income are the sponsorship money and the F1 salary he receives. From 2012 to 2018, Forbes ranked Alonso as one of the world’s highest-paid athletes.

Banco Santander, Cajastur, TAG Heuer, Europcar, Silestone, Liberbank, ING, Chandon, and Adidas are some brands Alonso often works with. Moreover, he is the creator and brand ambassador of the fashion business Kimoa, which deals in beachwear.

In February 2005, the UNICEF Spanish Committee named Alonso a UNICEF Goodwill Ambassador. Henceforth, he actively promotes and defends children’s rights, and raises awareness regarding UNICEF. In 2011, Alonso backed India’s efforts to eradicate polio. Further, in 2012, he egged on school children to wash their hands with soap. Moreover, he was also an active supporter of UNICEF’s anti-cyber bullying campaign in November 2017.

In 2007, Alonso set up the Fernando Alonso Fundación to promote motor racing and road safety learning. In November 2017, Alonso founded the FA Racing G2 Logitech G eSports racing team. Moreover, he became the team principal of the racing team. His team competed in virtual online racing titles across multiple platforms. Nevertheless, the squad broke up in 2018. Furthermore, in March 2019, it was rebuilt in collaboration with FA Racing and Veloce Esports. Alonso is additionally an investor and board member of Motorsport Games, an eSports multi-racing platform.

Alonso is known to have had a colorful past with the ladies he has dated. He is seen winning the hearts of his female fans even when he stays off track.

His love life has been a whirlwind. He had married once and has a pretty long list of rich and beautiful lovers.

Raquel Del Rosario is a Spanish pop singer for the band El Sueño de Morfeo. The first time Alonso and Rosario met was in 2005. That happened during a Spanish radio show, and they began dating shortly after. In November 2006, the couple tied the knot, although they kept it a secret. They notified fans about their marriage in 2008. The couple also has a son together, named Felipinho Massa.

However, rumors of an illicit affair between Alonso and Xenia came up around 2011. Henceforth, Alonso and Rosario announced their divorce in December of that year. 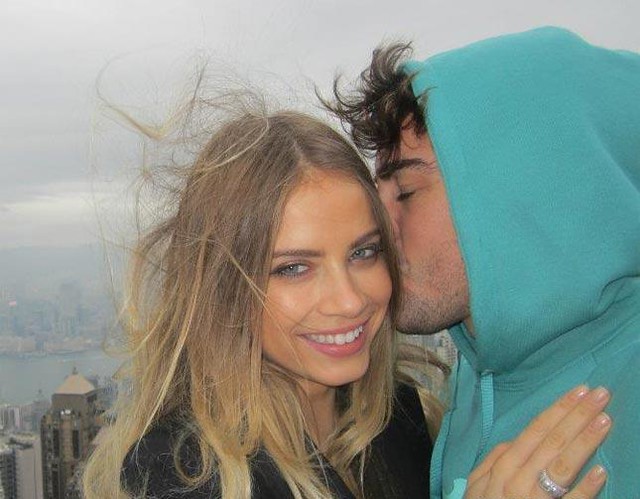 Xenia was Alonso’s next fling. She is a beautiful Swiss model whose birth took place in Russia. Rumors had it that Alonso dated Xenia in 2011. Conversely, that sparked his divorce from Rosario. Nonetheless, the couple parted ways shortly after. 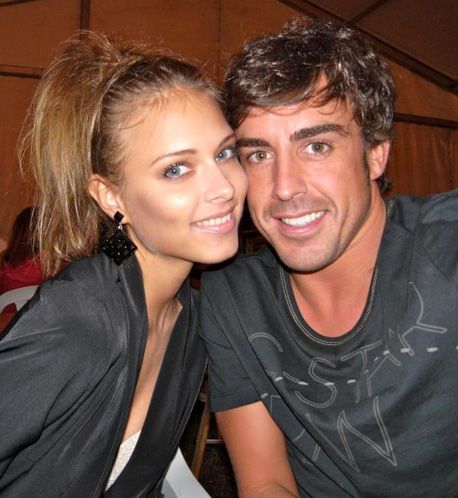 Alonso landed in Hoffenheim in July 2012 with the Russian model, Dasha. As they partied together, he flaunted his new blazing flame. When they both arrived at the scene together, it was clear that the twosome was having an affair. However, their romance was short-lived. Another of Alonso’s affairs was with Lara. The couple was together from December 2014 to March 2016. Lara is a well-known sports newsy from Spain.

Furthermore, there were rumors of Alonso dating Viki next. They were said to be together during April 2016. Viki is a model who is best known for her sizzling snaps on Instagram. 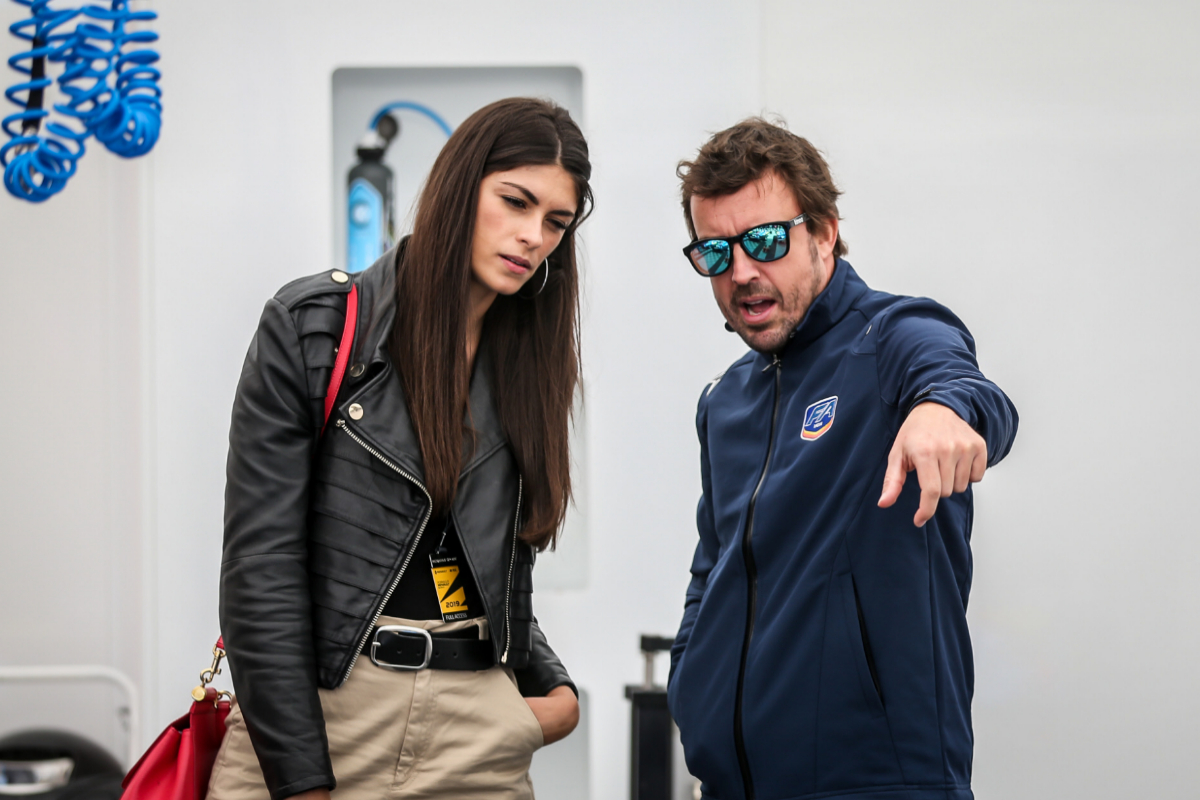 Alonso is presently dating Linda Morselli. Linda is a TV star and an Italian model. They began dating in 2016 and are still going strong.

Therefore, we bring you the most common searches on the web about Fernando Alonso. 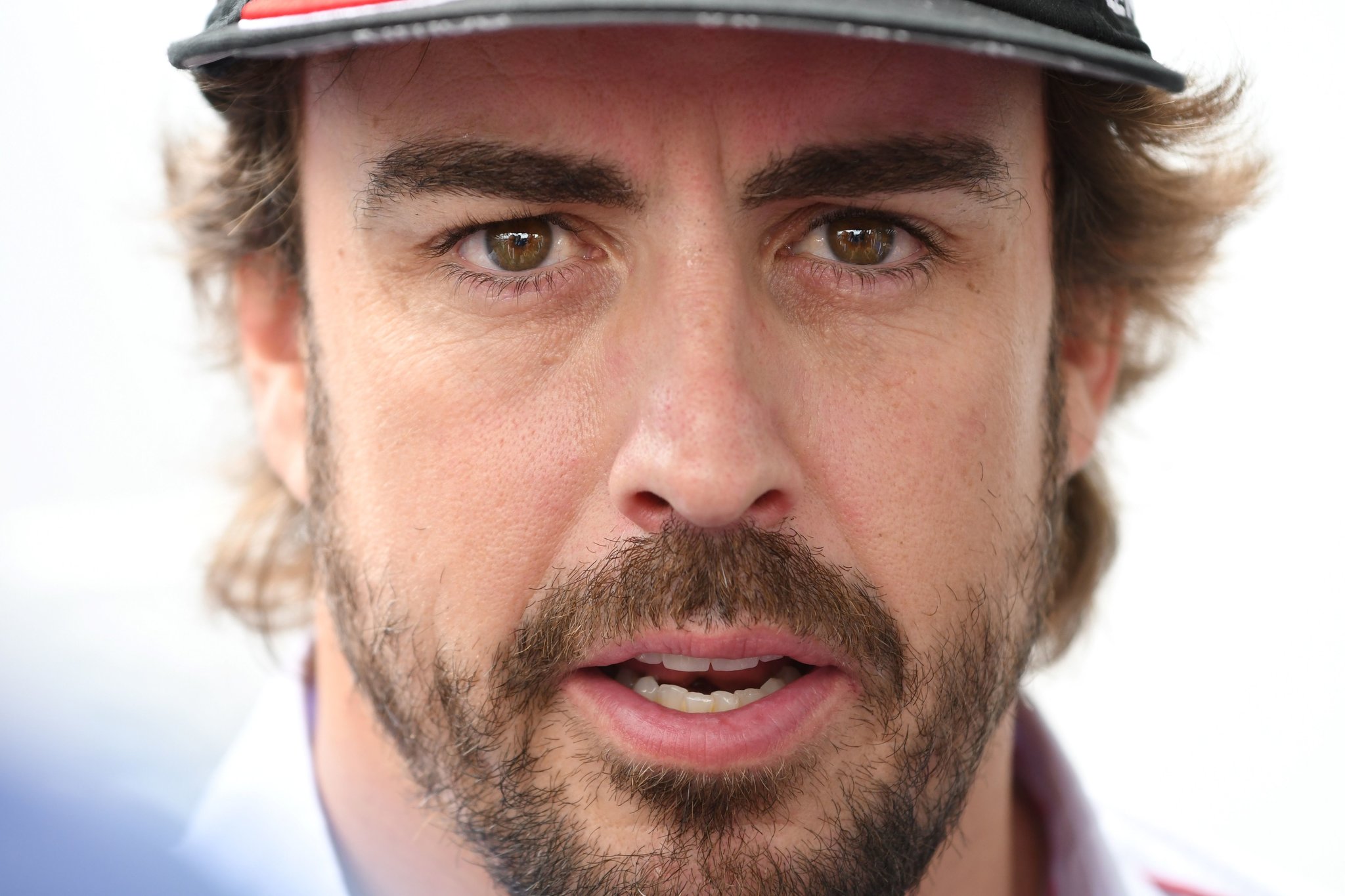 His birthday falls on July 29 every year.

He is of 41 years old currently.

His name at birth was Fernando Alonso Díaz.

He currently resides in Dubai and often changes his address to avoid paying taxes.

Alonso was raised a Catholic. However, he is presently an atheist who does not believe in fate. He has a samurai tattoo on his back that derived inspiration from the 18th-century spiritual guide Hagakure. It depicts muscular strength, intellect, and will.