Who is Deonte Burton?

No sports fan can avoid knowing the names of the most well-known NBA players. Deonte Burton, one of those NBA players, is a very talented player who adds spice to the game. He is an NBA basketball player who presently plays for the Oklahoma City Thunder. He previously played in the Korean Basketball League for Wonju DB Promy. Burton was a member of the Marquette Golden Eagles and Iowa State Cyclones in college basketball. In the field, he serves as a shooting guard.

Would you also like to take a sneak peek inside the life of the hunk? Worry not; we have covered his life in detail in this article. Scroll over and read along to know more about Deonte Burton.

Born on January 31, 1994, Deonte Burton’s birth took place in Milwaukee, Wisconsin. While his father was Charles Burton, his mother was Barbara Malone. He has six other siblings as well. Nicole Grafton is his only sister. On the other hand, the rest of his siblings are all his brothers. Their names are Demario Burton, Omar Burton, Charles Grafton, Prentiss Grafton, and Keylow Rogers.

Burton primarily went to Harold S. Vincent High School in Milwaukee. There, he completed his ninth grade. Furthermore, he went on to Centenary High School in Compton, California.

However, Burton’s mother was stricken with cancer. Hence, he had to eventually return to Milwaukee to be with his family and look after her.

Many other teams offered him a scholarship, including Memphis and Rutgers. However, he chose to take the scholarship offer from Marquette University in Milwaukee. That scholarship offer aided him to be closer to his family during his times of need.

However, despite all deeds and wishes, Burton’s mother succumbed to cancer. She passed away in 2014. 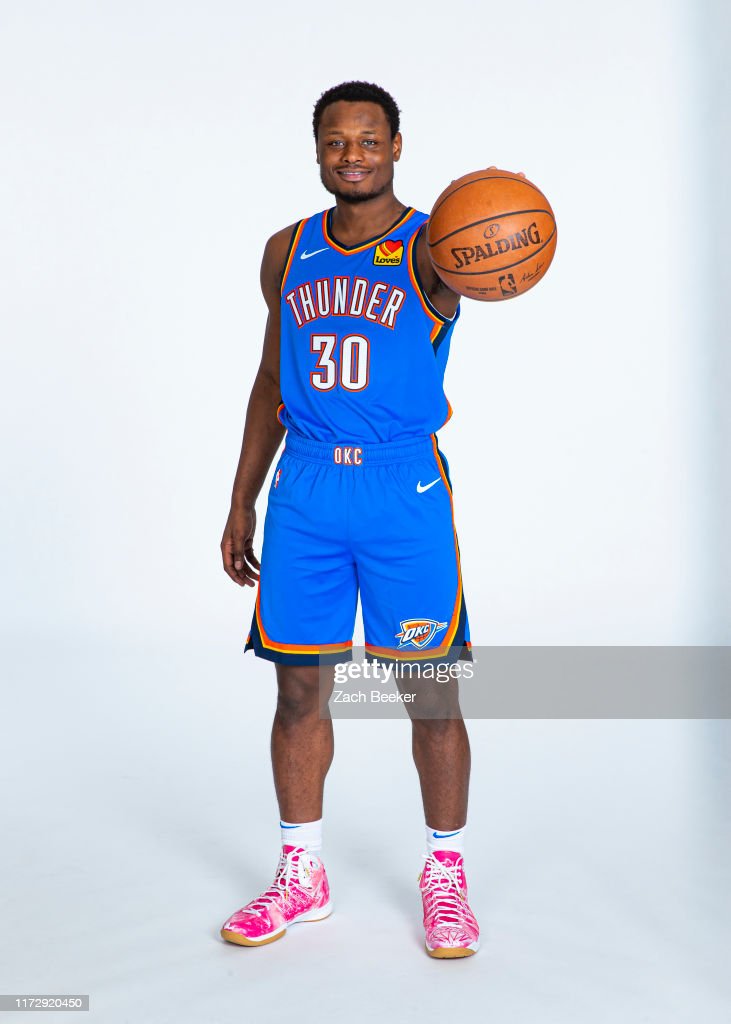 During his freshman year of college, Burton remained a bench player in the rotation. He averaged 6.9 points at each contest. Additionally, he also had the honor of being named to the Big East All-Rookie team. Further, he scored a total of 23 points in 13 games for the Xavier Musketeers men’s basketball team that season.

Deonte was unable to participate for the remainder of his sophomore year. And this was due to his decision to transfer to another college. He did, however, score 6.4 points in 8 games. Following, he attended Iowa State University in the middle of the season.

Deonte had to get benched for 6 months in 2015-2016 after switching colleges in the middle of the season. He would only be able to participate actively once he was fully eligible for the group. Nonetheless, he played in 26 games and made 7 starts.

Despite the highs and lows, he gathered 9.7 points, 3.9 rebounds, and 16 blocks. In addition, he received the Big 12 Newcomer of the Year award.

After all the fame, he opted to head for the NBA Draft. However, he withdrew his name in the nick of time.

Burton began playing for the Iowa State Cyclones during his senior season. For the next 35 games, he averaged 15.1 points and 6.2 rebounds. With 31 points and 29 points, he led his squad to victories over Oklahoma and Kansas.

Burton made it to the Second-Team All-Big 12 at the season’s end. Besides, he was also a member of Reese’s All-Star Game. He additionally took part in the Portsmouth Invitational Tournament, the oldest collegiate basketball tournament in the US.

Burton’s scouting report was pretty appealing. Everyone regarded him as a promising young man. His physical ability was praised. In addition, many even described him as a well-built combination guard capable of scoring in a variety of ways.

Likewise, his rebounding and defensive abilities were laudable. For a player of his size, he functions as an excellent shot blocker. Undoubtedly, Burton is a skilled athlete with long, muscular arms who would be a valuable asset to any squad. 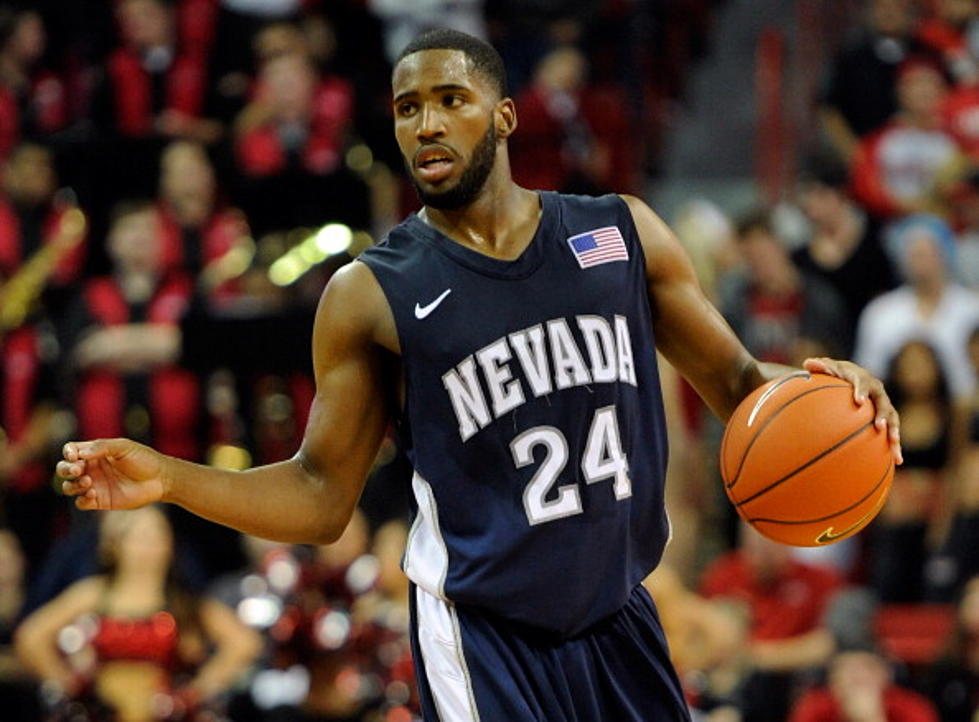 None of the teams chose Burton during the 2017 NBA draught. As a result, he remained undrafted for the year. However, he eventually signed a contract with the Minnesota Timberwolves for Summer League. Subsequently, he switched teams and joined the Korean Basketball League’s Wonju DB Promy.

The Oklahoma City Thunder, on the other hand, offered Burton a two-way contract in 2018. Moreover, he also signed in to a regular NBA contract on March 10, 2019. Presently, he is a full-fledged NBA player. Besides, he has received ample chances to play with Dennis Schroeder, Andre Roberson, and Jerami Grant.

Burton is setting a mark for himself, therefore. And yes, he is proving it with equal vigor as well. He is on a two-way deal with the Oklahoma City Thunder. Furthermore, he is presently playing for the Oklahoma City Blue, the team’s Gatorade League affiliate.

As far as it involved the concern of Iowa State guard Burton, the game was far from done. In the waning seconds of a second-round NCAA tournament game, he made a last-ditch effort block. He kept his team’s deficit at 2 points against Purdue Boilermakers forward Caleb Swanigan.

However, Burton’s courageous block wasn’t enough to stop Purdue from winning in the end, 80-76. The Boilermakers advanced further to the Sweet 16, where they played either Kansas or Michigan State. 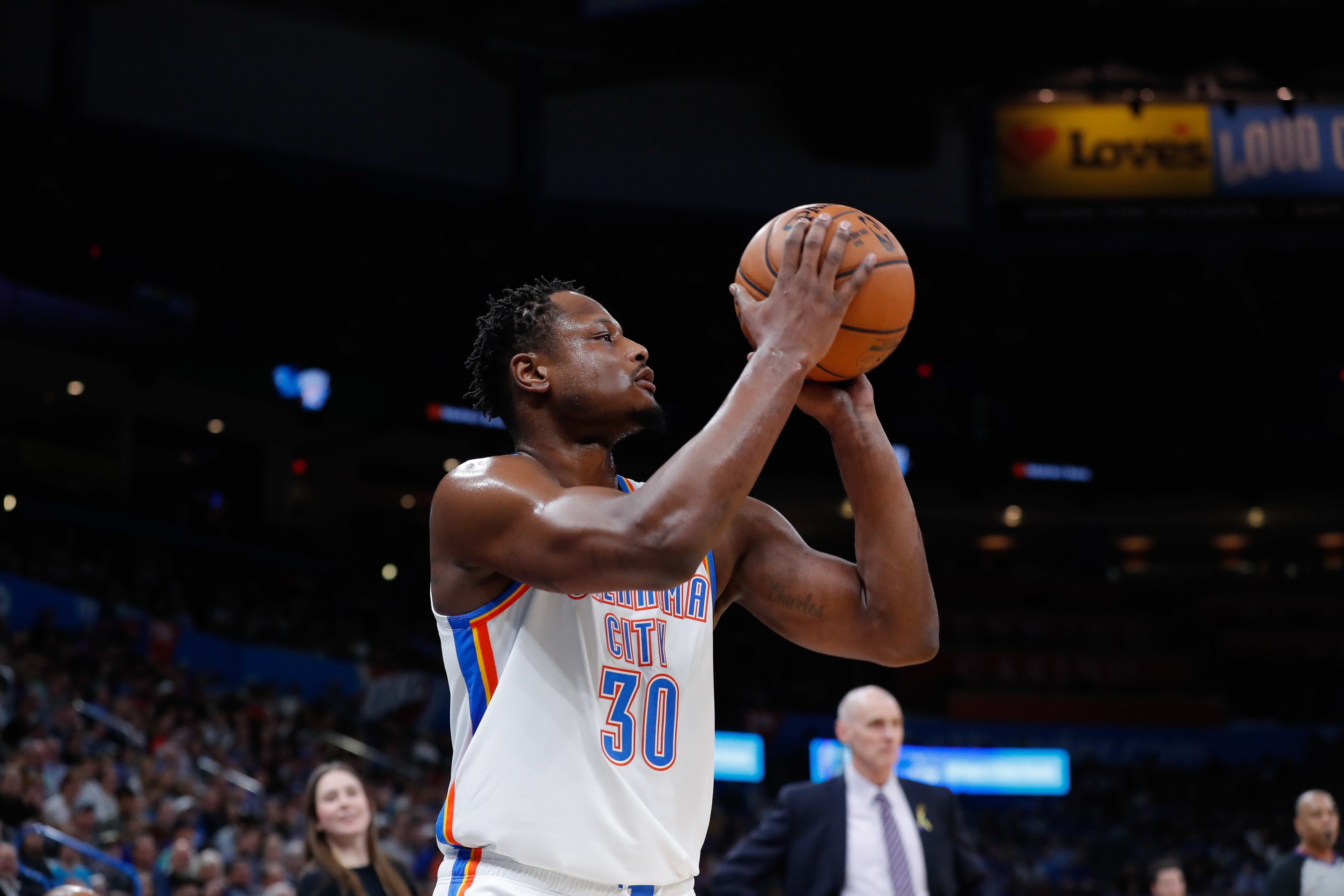 The Thunder had suspended Burton for a game due to his detrimental behavior though. Furthermore, he was involved in a locker room brawl following the game against the Pacers, according to league sources.

Likewise, the Marquette Golden Eagles advanced to the Sweet 16 of the NCAA Tournament. Buzz Williams continued to scout players that can help the club advance further in the tournament each year. Nonetheless, the most recent addition to Buzz’s team is a member of the Class of 2013. Burton committed to Marquette after an unofficial visit two days before his decision.

Burton’s only competitor for his services was the University of Illinois. He currently ranks 36 in ESPN’s Top 100 Rankings for the Class of 2013. Marquette triumphed by playing the close-to-home card. Burton is a Milwaukee native who studies at Brewster Academy in New Hampshire.

Deonte Burton of Nevada is not yet a household name. But he is on his way to becoming one now. Consequently, he is sure to be the dunk of the year in Nevada’s double-overtime victory over Boise State.

The dunk came early in the second half and was reminiscent of DeAndre Jordan’s alley-oop dunk from last season. Blake Griffin dubbed that as the finest dunk he had ever seen.

In his 4 seasons, Burton started all 130 games. In addition, he is only the second player in school history to score over 2000 points. With 2102 points, he finished his career second in Nevada history.

Burton’s mindset and overall lack of a professional approach have been the most notable roadblocks throughout his collegiate career. Yes, he ultimately had a solid, consistent senior season at the age of 23. Nonetheless, his first 3 years were wildly uneven and his commitment to the game yet remains a question mark. He may not be drafted though. Yet he is worth bringing to training camp and maintaining as an upside play in a D-League system.

He is also a bit erratic offensively (3.1 turnovers per 40 minutes). He needs to make shots with some consistency to be useful in the NBA. Conversely, he will not enjoy the same level of freedom as he did under Steve Prohm. His defensive and rebounding effort ebbs and flows. Moreover, he has a body type that gets out of shape easily. Burton’s surroundings will probably have a heavy impact on his ability to maximize his potential and stick in the NBA.

Deonte Burton & His Net Worth

Burton has won special awards such as the Big 12 Newcomer of the Year. Nonetheless, he is still battling to earn the final slot he desires. However, he is still a fantastic player. Additionally, on the plus side, he has attained a remarkable position at such a young age. On the contrary, several others still dream of joining the NBA league. 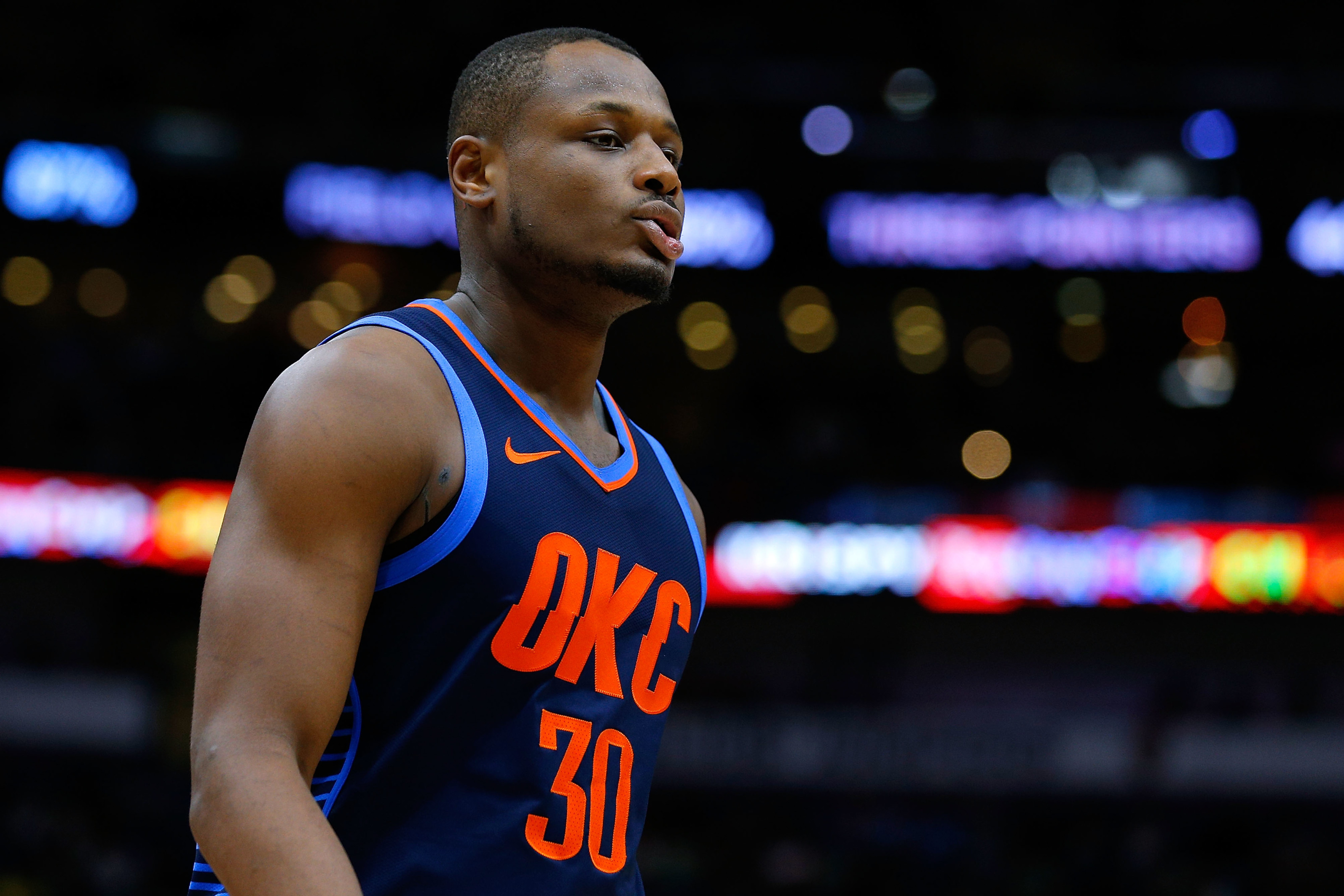 Deonte Burton’s probable net worth ranges between 1-1.5 million USD. In addition, the NBA player earns an average of $500K per year. Burton has made over $200K in his NBA career so far. His assets include his home and cars, which are kept separate from his financial earnings. Burton also makes a lot of money from different sponsored ads and brand deals.

Anyway, all that is visible is that he is living a lavish lifestyle with his hard-earned money. After all, hard work surely does pay off.

Apart from being a well-known NBA guard, Burton is also very famous on social media. He has a massive Twitter and Instagram following, along with many female admirers. He is a socialite with a loyal and supportive fanbase. 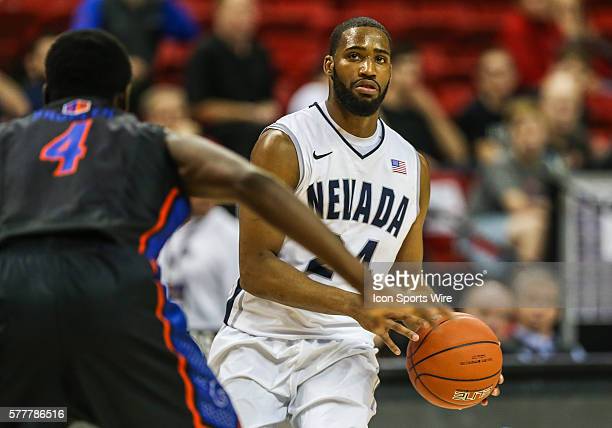 However, Burton is a very private person who avoids the limelight. He prefers keeping his personal life away from the public eye. Henceforth, there is no data on the web about his affairs or partners. Moreover, there are zero rumors about his dating life or hook-ups. Furthermore, he appears to be quite focused on his career and goals.

Burton has tattoos carved on his back. One of them has the name of his birthplace – Milwaukee. Another of his tattoos is present somewhere on his foot. There, he has carved a ribbon that advocates for breast cancer awareness.

Burton also wears pink sneakers as an expression of respect and a tribute to his mother. He was a mother’s boy who had a strong affinity with his mother.

Therefore, we bring to you the most searched facts on the web regarding the NBA guard, Deonte Burton.

His birthday falls on January 31 every year.

His name at birth was Deonte Burton Malone.

His hair color is black.

The color of his eyes is black.

He is a small forward and a shooting guard.

Keith Kreiter of Edge Sports is his agent.