Who is Chris Gayle?

Chris Gayle is a well-known Jamaican cricketer who now represents the West Indies in global cricket. He is undoubtedly one of the game’s strongest ball-hitters in modern-day limited-overs formats. Chris has a long list of international records to his name, dating back to the start of his career. He is not only a great hitter but also a capable bowler for his country. Likewise, he has collected over 200 international wickets. Furthermore, Chris is one of only 4 players in Test cricket history to make 2 triple centuries. Besides, he is also one of the few players to score a double-century in a one-day match. Moreover, he is also a member of the Kings XI Punjab team in the IPL. Additionally, he also represents several other domestic teams in nations such as Pakistan and Australia.

If you would like to know more about one of the best batsmen in the world, then welcome. You have landed on the correct site. Read along to get a detailed sneak-peek into Chris Gayle’s life and career. Chris Gayle’s birth took place on September 21, 1979, in Kingston, Jamaica. He belonged to a lower-middle-class family and was the fifth of the family’s six children. His parents struggled financially while they raised their children. Chris’ father, Dudley Gayle, was a police officer. On the contrary, his mother Hazel Gayle was a street vendor and sold peanuts to boost the family income.

Chris’ parents were not in touch with cricket though. However, his grandpa was a famous cricketer. He used to play club cricket when he was younger. As a result, Chris became highly attracted to the game.

Subsequently, Chris worked as a rag-picker for a period amid his family’s financial difficulty and hardships. He has also admitted to stealing for some time to support his family.

Chris did not do well in school and had no interest in studies either. Instead, he devoted all of his time to cricket. He graduated from Jamaica’s Excelsior High School. Further, he did not attend College. Instead, he joined a local Jamaican cricket club – the Lucas Cricket Club. By playing in local contests, he gradually caught the gaze of the selectors.

Now, let us take a look at the stellar career of Chris Gayle. 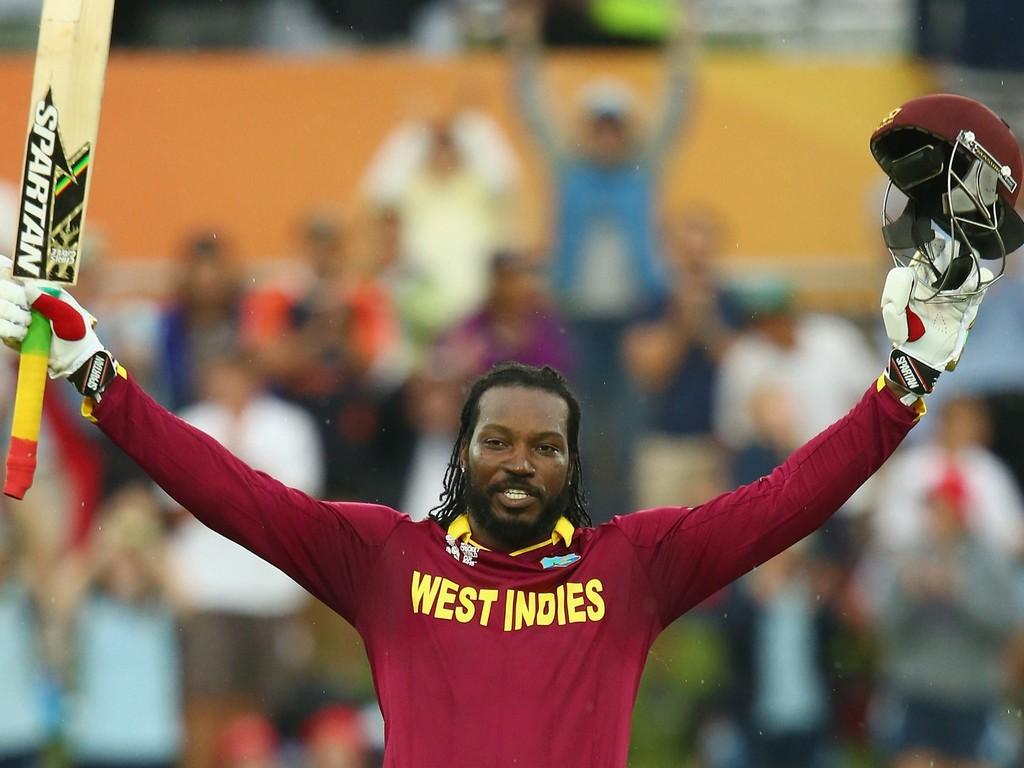 Chris made his international debut in 1999 while being a member of the main West Indian team. The team’s administration loved and praised his gameplay. Further, Chris became a national phenomenon in July 2001 after scoring 175 runs against Zimbabwe. Additionally, he set the record for the longest opening stand, which lasted 214 runs, with Daren Ganga.

Despite this superb performance, Chris was not regarded as a regular member of the national squad. This was because the century came against the weak team, Zimbabwe.

Next came 2002, when Chris made the most of his spot on the national team. Subsequently, he hit 3 centuries in a series against India. Henceforth, he became the only third West Indian cricketer to achieve 1000 runs in one calendar year. As a result, he joined the ranks of legends such as Brian Lara and Sir Vivian Richards.

People started recognizing him as a hard-hitting pitcher back then. However, that was not an ideal way to play in a Test match. As a result, he was in and out of the national Test team regularly. In 2005 though, he shut the mouths of all his haters. Furthermore, he became the first player to score a Test triple-century against South Africa. Sri Lankan batsman Mahela Jayawardene later broke his record though.

Around that time, Chris began to experience dizziness and weakness on the field. As a result, he would have to leave the field many times amidst games. When taken to the hospital, he was diagnosed with a congenital heart defect. Henceforth, Chris underwent cardiac surgery to eliminate the underlying cause of his condition.

In the 2006 Champions Trophy event, he did very well. Chris was named Player of the Tournament despite his side losing in the finals to Australia. Additionally, he received the accolade after scoring 474 runs and taking 8 wickets in the tournament. However, his performance at the next year’s World Cup was below average.

Chris managed to score 117 runs against South Africa in the 2007 World Twenty20. As a result, he set the first record for being the highest-scoring player. Likewise, he also created history by becoming the first international batsman to hit 100s in all 3 formats.

Chris’ profile as a hard-hitter undoubtedly makes him one of the finest choices for the 2008 edition of the IPL. Kolkata Knight Riders (KKR) owned by the iconic Bollywood star Shah Rukh Khan, acquired Chris in the April 2008 auctions. Due to an ongoing series against Sri Lanka, Chris missed the opening four games of the IPL event.

Chris became the fifth-fastest century-scorer in a Test match in December 2009, during a match against Australia. To make it to 100 runs, he needed 70 balls. In November 2010, he set a record by becoming the 4th player in Test cricket history to achieve 2 triple-centuries. The others on this list included Donald Bradman, Brian Lara, and Virender Sehwag.

Furthermore, in November 2012, Chris knocked a six off the first ball in a Test match against Bangladesh. And he became the first-ever cricketer to achieve this feat. Moreover, he became the fourth player in the world to reach a double-100 in an ODI in February 2015.

Chris’ forté is in the game’s limited-formats. He has played 50 international T20 matches so far, scoring 1519 runs at a 35.33 run average. In 96 matches, he has scored 3563 IPL runs at an average of 42.93 runs per match. Further, he has six IPL centuries to his credit. Therefore, this makes him one of the players with the most centuries in the IPL event.

Chris has also made an impact in the longer versions of the game. Likewise, he has appeared in 284 ODIs for the West Indies. Moreover, he has scored 9727 runs at an average of 37.11. Additionally, he has scored 7214 runs in 103 Test matches, an average of 42.18 runs per inning.

Chris has clearly stated about having no plans to retire at this time. Yes, he is no longer a part of the national team. However, he still remains one of the most sought-after players in franchise cricket. Jamaica’s offbeat batter also competes in the Ultimate Kricket Challenge (UKC).

The southpaw initially talked about retiring after the World Cup, but then changed his mind. The 41-year-old Chris believes he has another five years in him. And with two World Cup tournaments yet on the horizon, he has no intentions to retire just yet.

Now, let us take a look at Chris Gayle’s accolades. 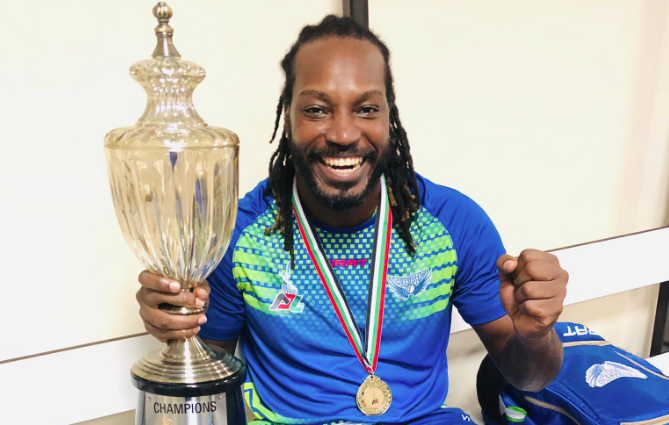 Chris Gayle & His Net Worth

Likewise, Chris Gayle is one of the most renowned cricketers from the West Indies. As a result, he is one of the country’s richest players. Chris is the ninth richest cricketer in the world, with a net worth of around $35 million.

Chris has an association with the West Indies cricket board. Therefore, as part of his annual contract, he gets a salary of $300K per year. Chris also receives a hefty sum as part of his contracts in the various cricket leagues in which he participates. Moreover, he receives $280K per year for his presence in the IPL. Chris has franchises in the Pakistan Super League (Multan Sultans), Afghanistan Premier League (Balkh Legends), and Global T20 (Vancouver Knights). And each of those has contracts of around $100K.

Despite his often calm and upbeat approach on the field, Chris has been the subject of numerous controversies. He stated in 2009 that he wouldn’t mind if Test cricket was fully scrapped and replaced by the T20 format. Consequently, this statement drew a lot of flak.

Further, Chris had a conflict with the West Indies team management in April 2011. Henceforth, he did not play for his national team for the rest of the year.

In 2016, a media company named Fairfax Media published a series of articles against Chris Gayle. They accused Chris of exposing himself to massage therapist Leanne Russell during a cricket event in 2016. However, Gayle sued Fairfax Media for defamation the same year. Further, on December 3, 2018, Gayle won the defamation case and received $300K against Fairfax Media.

In January 2016, during an interview with Mel McLaughlin for the Big Bash League, he once again landed into controversy. Chris asked if they could have a drink after. Subsequently, he added, “Don’t blush, baby” – a nasty and misogynistic insult. Consequently, this resulted in huge chaos. In addition, some cricketers even urged for a ban on Chris Gayle from playing in Australia. Chris had to pay a heavy fine of $100K as a result. Later, he apologized and explained that he meant it only as a joke. 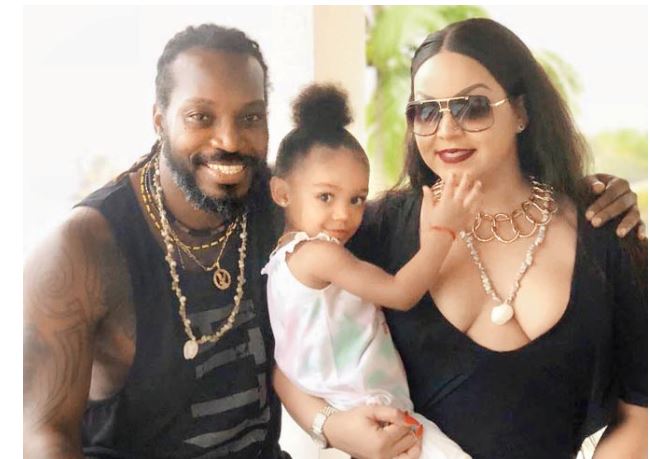 Natasha Alyssa Berridge is the wife of Chris Gayle. The couple has an adorable 4-year-old daughter (as of 2020), named Kris-Allyna Gayle. Further, talking of Natasha – she is the co-founder of ULTRA Carnival and has a great sense of style. Across all her social media, you can find her marketing her carnival apparel brand often. Her social media posts reveal her love for a healthy lifestyle and her desire to look fit and toned.

Chris Gayle & His Most Googled Facts

Therefore, we present before you the usual searches on the web about the famed cricketer. 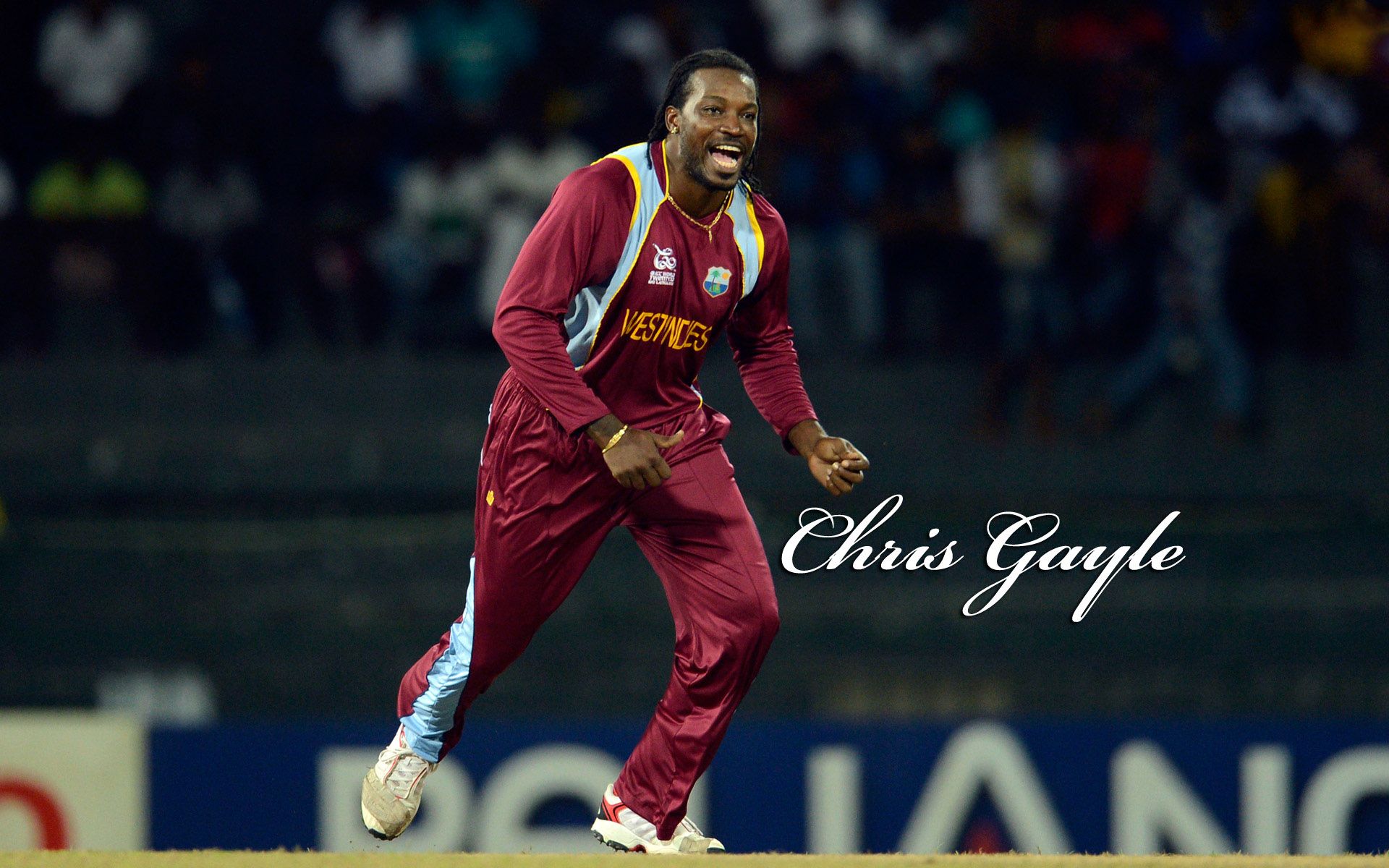 On September 21 every year, the American native celebrates his birthday.

He is 42 years old currently.

The number 333 refers to Chris’ highest score in the game’s longest format, which he earned against Sri Lanka. As a result, he always wears his Milestone numbers on his jersey. Chris’ jersey also included the number 175 on it previously. It symbolizes his highest score in the twenty-over format.

Chris resides in a 3-story mansion in Kinston, Jamaica, in his home country. The estate contains multiple swimming pools, a sports zone, a gaming zone, a bar, and a restaurant. The mansion is worth $2.5 million. After his matches in the Caribbean Premier League, Chris is known to throw parties here.