Mesut Özil is a retired and professional German football attacking midfielder. When we speak about Germany, several players come to our mind. However, Özil has to be at the top of those players being the most celebrated German of this century. Not only in Germany but also in various famous clubs has Mesut Özil shown his absolute class. These clubs are Arsenal, Schalke 04, Real Madrid, Fenerbahçe & İstanbul Başakşehir. Every time Özil gets onto the field, he keeps the crowd glued to his skilled dribblings. During his time of play, Mesut Özil was one of the best midfielders of all time. His performance and records have proved it over and over again. To know more about his domestic as well as his international career, keep reading below. 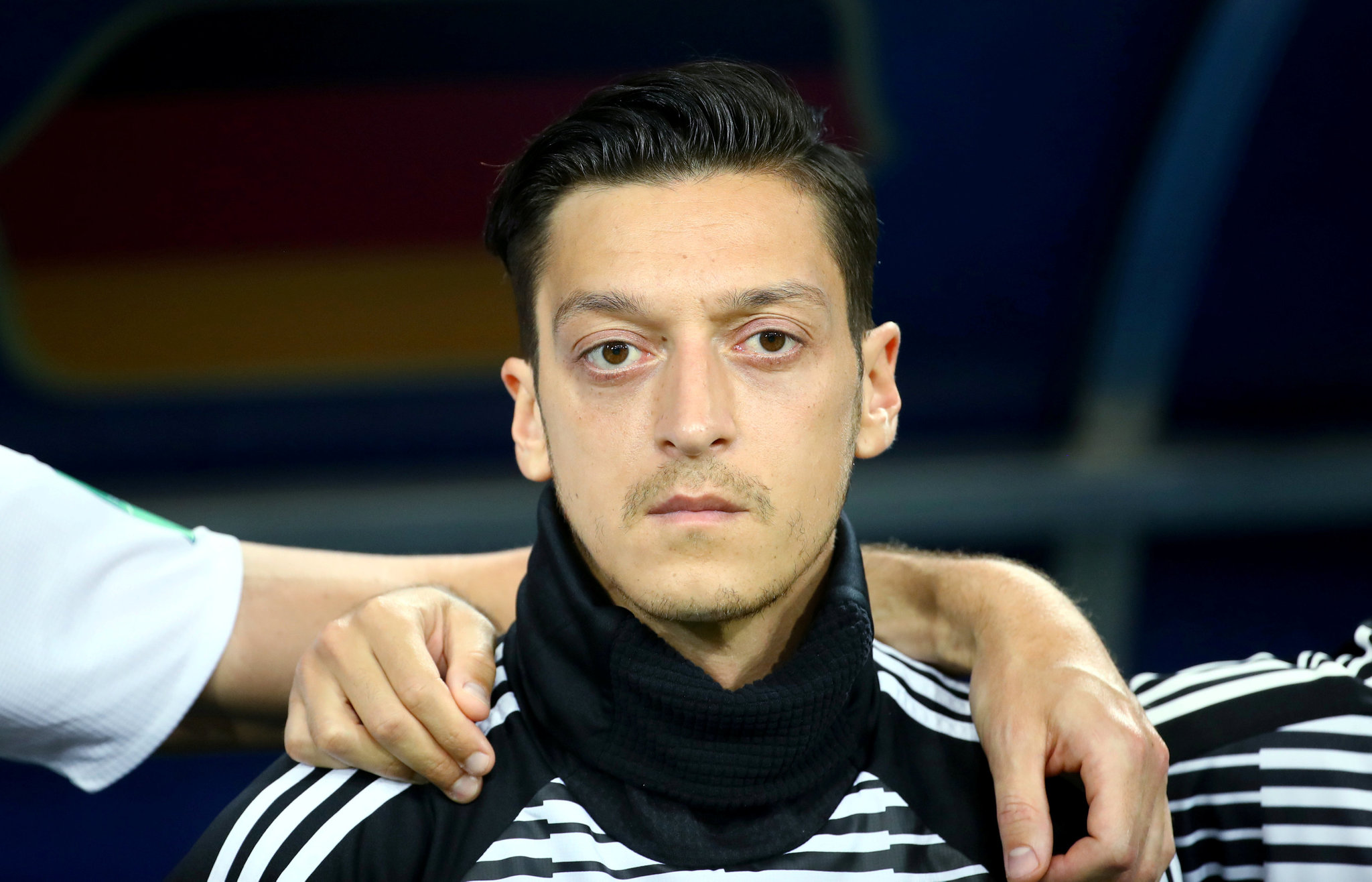 Born on October 15, 1988, Mesut Özil is from the North Rhine-Westphalia called Gelsenkirchen. As a youth, he started playing football in various clubs here in his place of birth. It was generally during the years from 1995 to 2000.

Before Mesut Özil stepped into the field, we had often seen him reciting from the Quran. Therefore Özil is a practicing Muslim.

1.8 m is the appropriate height of Mesut Özil, which equals 5 ft and 9 inches. 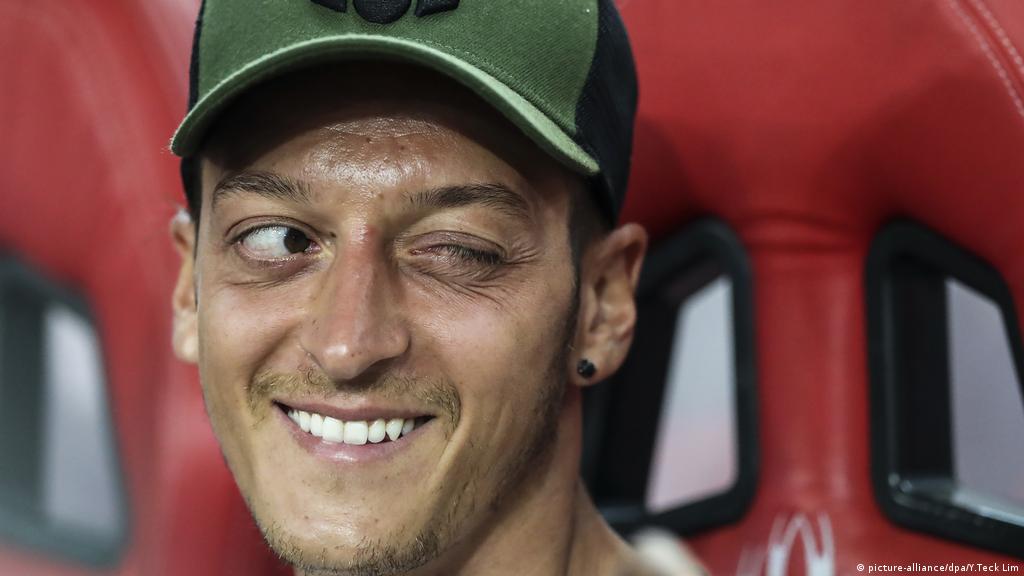 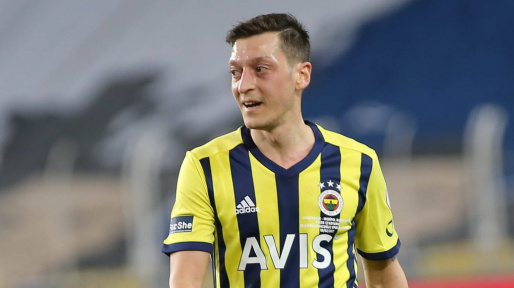 As we all well know by now know that Mesut Özil has been a part of several famous clubs. These clubs were Schalke 04, Werder Bremen, Real Madrid, Arsenal, and Fenerbahçe. The various insights about his domestic career are listed below.

Özil is currently playing in Fenerbahçe and is successfully and happily enjoying his career there. 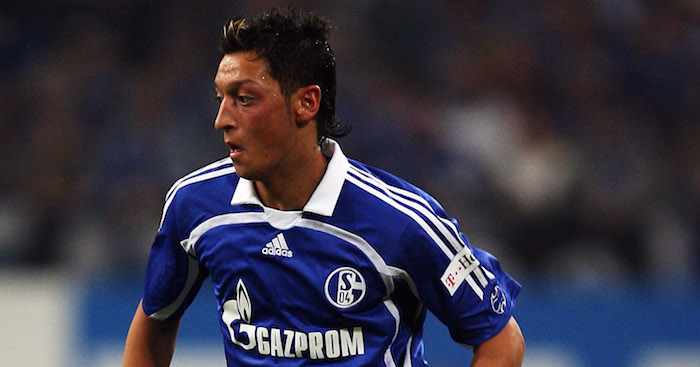 It was in the year 2005 that Mesut Özil moved to the German club, Schalke 04. This club is a part of the German League, Bundesliga. Whenever Özil, wearing jersey number 17, got into the field, he made sure to entertain the crowd with his full potential. His charismatic dribbling skills, long passes, playmaking, and assists made people realize everywhere that he is one of the best. In Schalke 04, he usually played as a playmaker or as a central attacking midfielder.

But after playing for a couple of matches, he realized that he was not meant for a salary that less. Therefore, Özil started seeking opportunities in other clubs. He wanted a big move to some famous club. But his fight out with Schalke 04 forced him to accept an offer from Werder Bremen. Therefore, he moved there instantly. Here, Werder Bremen offered him a fee of €5 million, which was just €1.5 million when he was in Schalke 04. 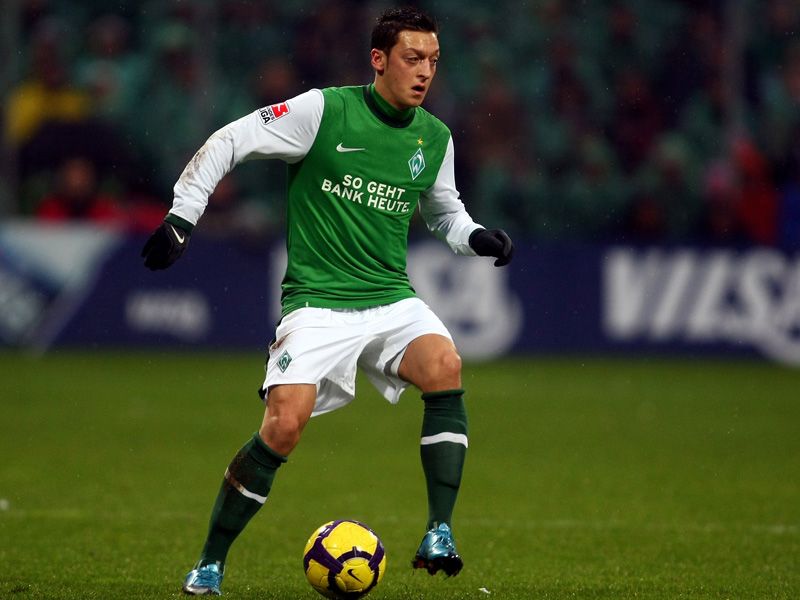 Thus, it was in the year 2008 that Özil signed for the unpopular club Werder Bremen. But it did not turn out to be much good. However, he got the first domestic goal of his career in a match against Karlsruher SC. Therefore, it was his first Bundesliga goal. Due to his playmaking abilities, other clubs like Hannover 96 and VfB Stuttgart were interested in him too. But they could not pay such a huge transfer fee which Werder Bremen could. His ecstatic efforts helped his team to stay at the second position in the 2007-08 season. After that, there were several highs and lows in this club.

But his main objective of making people realize he was the best midfielder of his time was successful. His stats improved significantly as he also helped his team excel in the European League, UEFA cup. His star performance was significant to the entire team as people called him one of the best-attacking midfielders. As a result of which several popular clubs demanded him after the end of his contract in Werder Bremen. But Özil chose the best possible option for him. Therefore, he moved to one of the best clubs of all time and around the globe, Real Madrid. 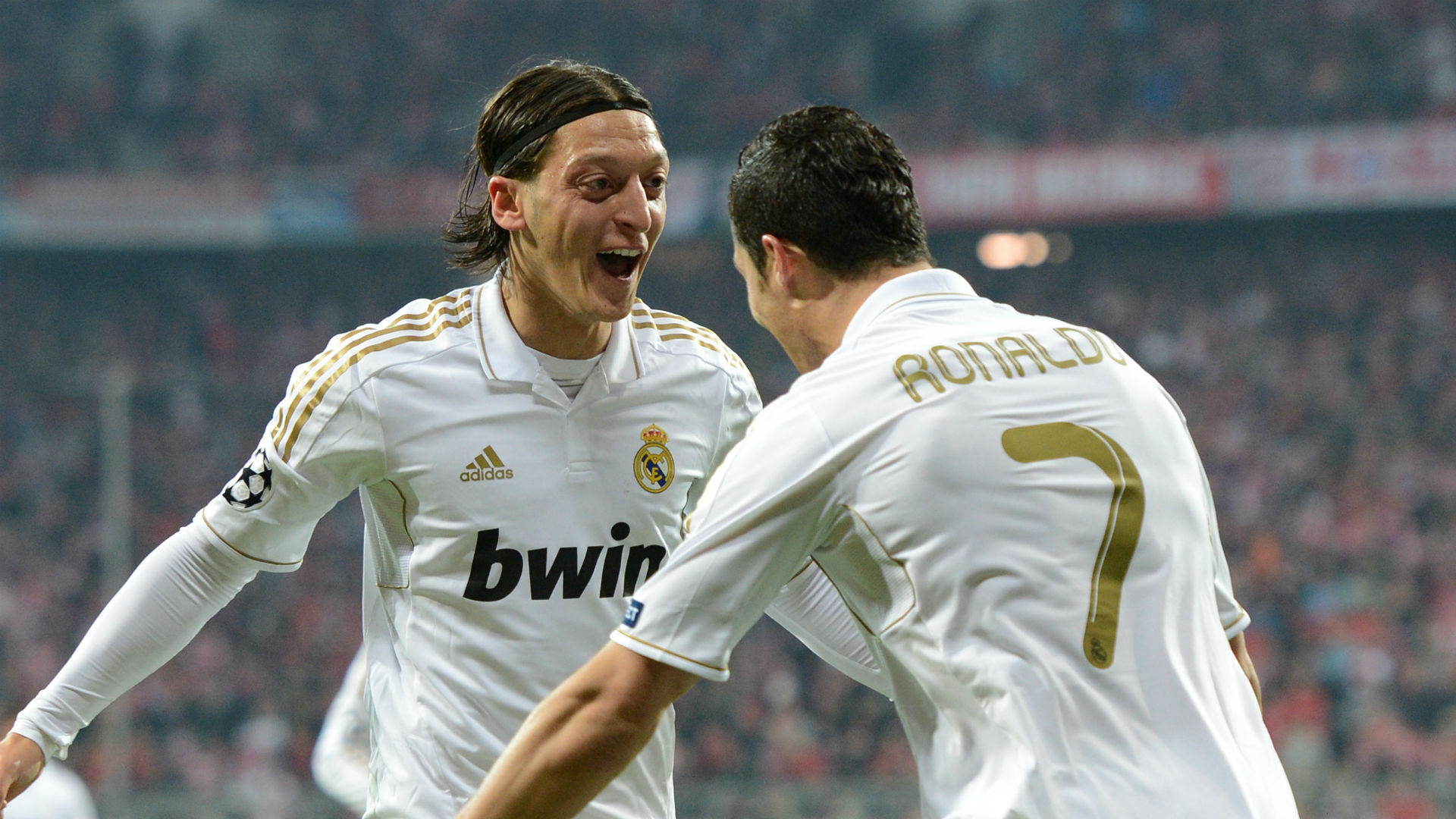 After his fantastic performance in his previous club, Werder Bremen, Özil switched his endeavors to Real Madrid. He had already booked himself in the European top talent list after his brilliant performance in the World Cup. Because of such a performance, several top clubs such as Barcelona, Manchester United, and Arsenal demanded him. He received such a huge reach that England’s star striker Rooney and Sir Alex Ferguson became fans. In other words, Rooney desperately wanted Mesut Özil in Man U., But his decision to move to RMA was the best indeed. It was because, over the years, he got to play with world-class players. These players were Ramos, Marcelo, Casillas, Alonso, Benzema, Bale, Kaka, and the world’s best player, Cristiano Ronaldo. Thus, under Ronaldo’s presence and Ozil’s assistance, RMA lifted the La Liga and UCL titles various times.

Among the several years he played for Real Madrid, 2014’s team was the best of all teams. That is what raised the rivalry between RMA and Barcelona – the EL Classico. When Mesut Özil moved to Real Madrid, he received a transfer fee of €15 million. People found him building excellent chemistry with the Argentine winger, Angel Di Maria, and striker Gonzalo Higuaín. The home crowd of RMA at the Santiago Bernabéu Stadium never failed to cheer him up. He never failed to overwhelm the crowd either. He even ranked in the top 10 Balon d’Or list and had positive chances of winning. But it was only Ronaldo and Messi who shared the Balon d’Or award during that phase of time. This is because they always turned out to be the top scorers and won every title. 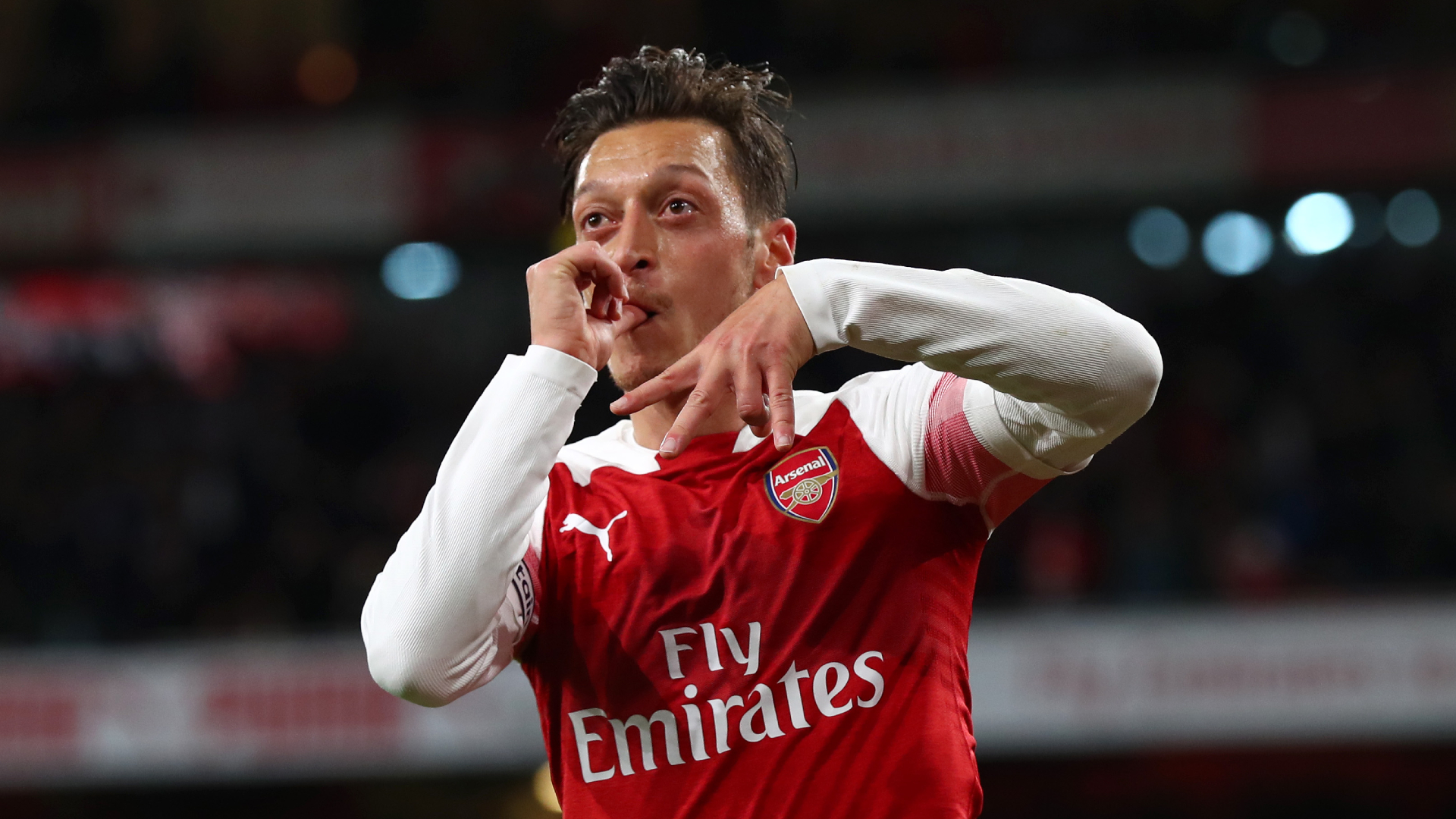 Having produced a sensational performance in the Spanish League, every large club wanted him. Özil was the leader in the number of assists in Real Madrid. This naturally helped him to grow a huge fan base. Thus, his fans regarded him as one of the best in the world then. After his contract expiration in RMA, he made a sensational move to the English Premier League’s team Arsenal. It was indeed another great move. Though he never wanted to leave Real Madrid ever in his life. He got the chance to play with world-class players there. Not only did he build chemistry with them, but he also got to learn from those legendary players. Thus, his time in RMA will always stay the best of his career. However, his move to Arsenal set up a completely new challenge for him.

His transfer to the EPL made him the most expensive German Footballer of all time. Mesut Özil usually played in the central midfield position in Arsenal. He started to display his form there as well, having scored in the opening games itself. He scored consecutively in the EPL, but he also scored in the opening UCL games. Therefore, once again, he earned his name as one of the Balon d’Or award contenders. His name was on the list alongside his former teammate and world’s best player, Cristiano Ronaldo. However, Ronaldo was on a completely different level at that time in Real Madrid. Hence, there was no way he could have defeated him to win the award. But to get shortlisted for Balon d’Or is a huge honor itself. His career at Arsenal ended on a high note, winning trophies, and assists awards before his contract terminated. 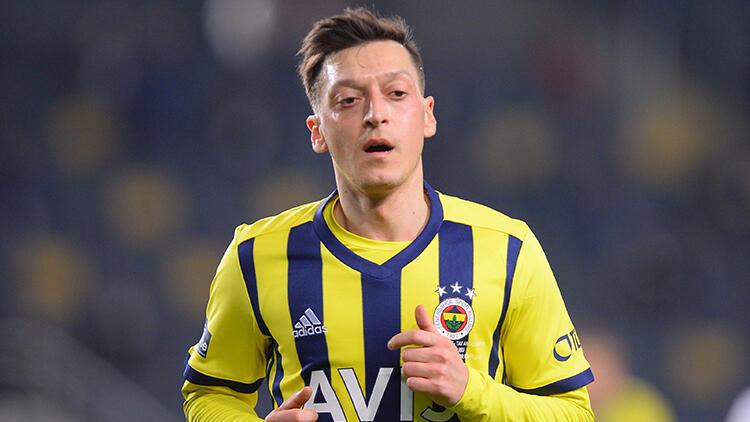 Towards the end of his tenure in Arsenal, Mesut Özil faced huge difficulties in coping with his teammates. It was not based on performance, but it was based on distinctions. According to various reports, Mesut being a Muslim, was often the center of the target. The board did not select him even if they needed him, even on matches against weak teams. It was quite inevitable that discrimination was the factor. He was so disappointed that he took to Twitter for his fans to stand with him. Eventually, he had no other left other than to leave the club. Thus, Mesut Özil made a move to the Turkish club, Fenerbahçe, in the year 2021. He indeed was very happy to join the club.

Mesut Özil even said that at least here, he could wear his jersey with pride. Mesut Özil even disclosed his unending desire to play with the team since he was a child. Now that he was a part of the team, it was like a dream come true for Özil. Hence, ever since then, his contributions to the team have continued. Even though he was not at his very best, he tried when he was at Madrid or Arsenal. Özil started assisting and helping his team to victories and thus led them successfully towards a prosperous future.

On 14 July 2022, Özil signed a one-year contract with an option for an additional year with İstanbul Başakşehir.

Mesut’s international career ran high on the form. He was one of the best German players out there on the field. On several occasions, Mesut Özil had led his team to the greatest victories and helped gain several trophies. Over the years, he got the chance to play with the world’s top players. These players were Miroslav Klose, Thomas Müller, Manuel Neuer, Toni Kroos, Marco Reus and many others. Mesut combined with these top players and won several matches. This is the reason why Germany is the most feared team in the entire world. They have been dominating football for many years, winning trophies after trophies. It is these players who have helped the team achieve such glory over the years. Germany is indeed the only superpower in football that has dominated. They have even won world cups more than any other team.

Mesut Özil is such a footballer who has got to play in three consecutive World Cups. Hardly anyone could say that. He has been the perfect icon of dominance in 2010, 2014, and 2018 World Cups, respectively. Mesut Özil won the golden ball in the 2010 World Cup. Moreover, he was the leader of passes in the 2014 World Cup. He even triumphed in the 2012 and 2016 Euros, making a significant impact on the entire team. It was shortly after the 2018 World Cup that Mesut Özil announced his retirement from international football. The reasons included a lot of political issues, protests, and criticisms. But we never got to see Mesut Özil playing on the field again, wearing his national jersey. Thus, it was indeed the end of a fantastic era. 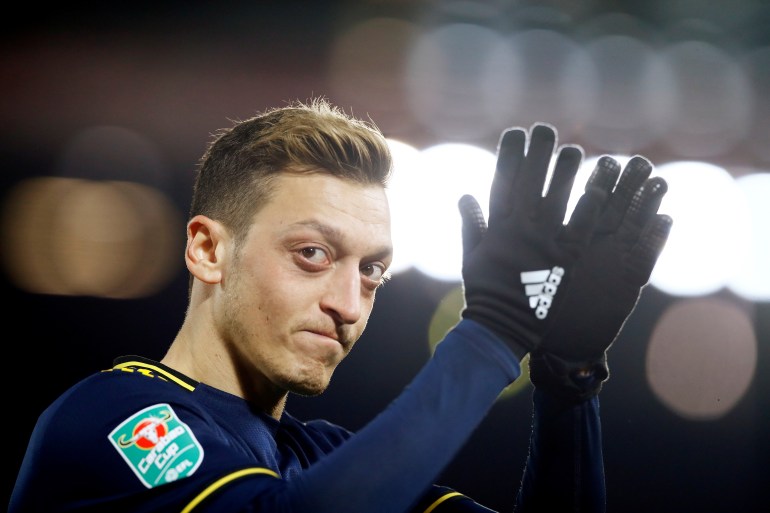 Over the years, Mesut Özil has conquered many feats and produced some excellent records. His main domestics stats improved drastically in his career in Fenerbahçe, Real Madrid, and Arsenal. The clubs were famous and rich, and he adapted to it quite well. The players who surrounded him there were of top class level as he had built up amazing chemistry with them. As a result of this, fans worldwide still keep inquiring about his statistics in those clubs. To know more about his statistics in various clubs, keep reading below.

$4.40m is the current market value of Mesut Özil.

As per various sources and reports, Mesut Özil’s net worth is $150 m. 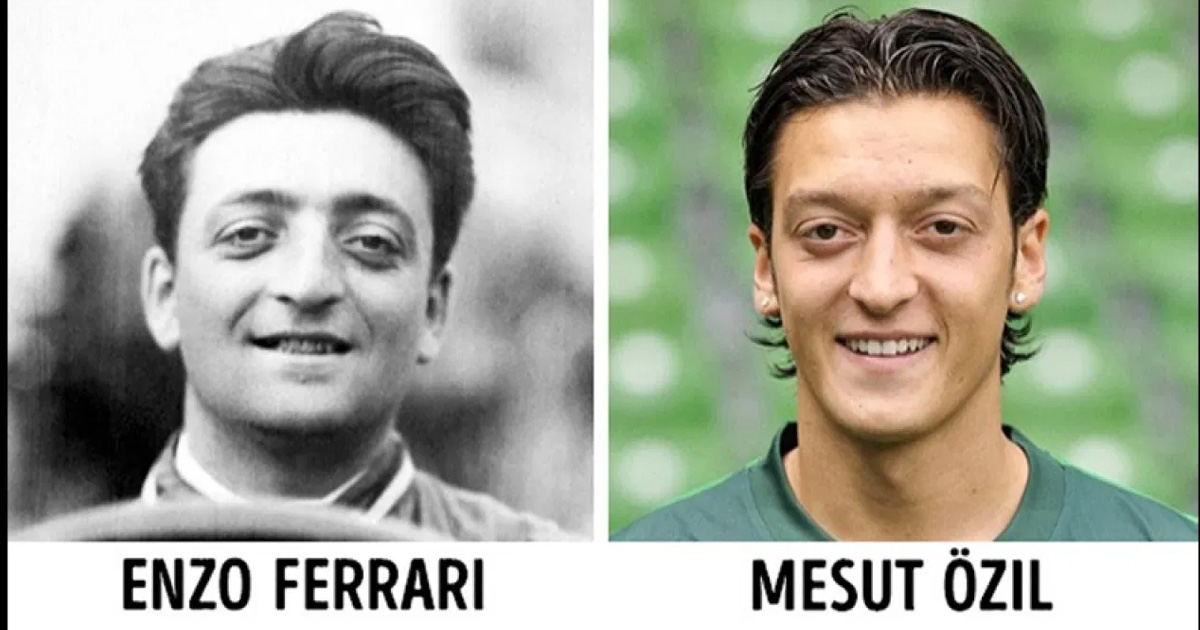 After the death of prestigious car brand owner Enzo Ferrari, Mesut Özil was born. The two look the same as each other, yet they are not related by blood.

Özil began dating former Miss Turkey, Amine Gülşe. They married in 2019, and Turkish President Recep Tayyip Erdoğan was a witness during the ceremony. In March 2020, the couple confirmed the birth of their first child, a daughter named Eda. Their second daughter, named Ela, was born in September 2022.