Lamar Jackson, also known as Lamar Demeatrice Jackson Jr. is an American football quarterback for the Baltimore Ravens of the National Football League.  His speed and agility as a quarterback have earned him numerous awards in his lifetime. Jackson has gone on to win multiple prizes, while also ranking as a top player in the N.F.L. He won N.F.L.’s ‘Most Valuable Player’ during the 2019 season and was also number one on the N.F.L.’s Top 100 in 2020 and number 24 in 2021. In this article, we are going to discuss details about htis professional player. Let us take a look at his childhood, career, achievements and personal life.

Jackson was born on January 7, 1997, and raised in Florida. His parents are Lamar Jackson Sr. and Felicia Jones. Lamar Jackson Sr. was a businessman by profession and his mother Felicia is a homemaker. He lost his father and grandmother in 2005 when he was just eight years old. Jackson is a Black American who started throwing footballs at the age of eight. Jackson grew up attending varying public schools and living in rough areas. His football career began in high school as he was an impressive quarterback who could run and throw a football well. He was passionate about learning the game. Therefore, he spared hours each week to watch films that could help him improve his accuracy and decision-making.

Jackson grew up in the heart of an economically depressed neighbourhood in Pompano Beach, Florida. His father died of a heart attack on the same day as Jackson’s grandmother died in 2005, when Jackson was eight years old. His mother raised him and his siblings. He completed his early schooling at a Boynton Beach High School, Boynton Beach, Florida, United States. After that, he enrolled himself at the University of Louisville, Kentucky, the United States from where he completed his graduation.

He played Pop Warner football with future teammate Marquise Brown in the same Florida league. Jackson could throw a football 20 yards when he was eight years old. Jackson threw a football 100 yards in high school. He played two seasons of high school football at Boynton Beach High School. His high school career was cut short as a result of Jackson transferring in from another school halfway through his high school education. But Jackson made an impact in two years at Boynton Beach, accounting for over 50 total touchdowns in his two seasons. He was rated as a 4-star prospect and signed with Louisville as a dual-threat quarterback to play college football.

Jackson excelled at quarterback while attending Boynton Beach High School in Boynton Beach, Florida. Jackson was a successful read-option quarterback at Boynton Beach who could run and throw the ball equally well. As a freshman in 2015, Jackson appeared in 12 games and made eight starts for the Cardinals, who finished 8-5. He completed 135-of-247 passes for 1,840 yards, 12 touchdowns, and eight interceptions, while also rushing for 960 yards and 11 touchdowns. In 2015, he was named Music City Bowl MVP. It was after passing for 227 yards and two touchdowns and rushing for a Music City Bowl-record 226 yards and two touchdowns. 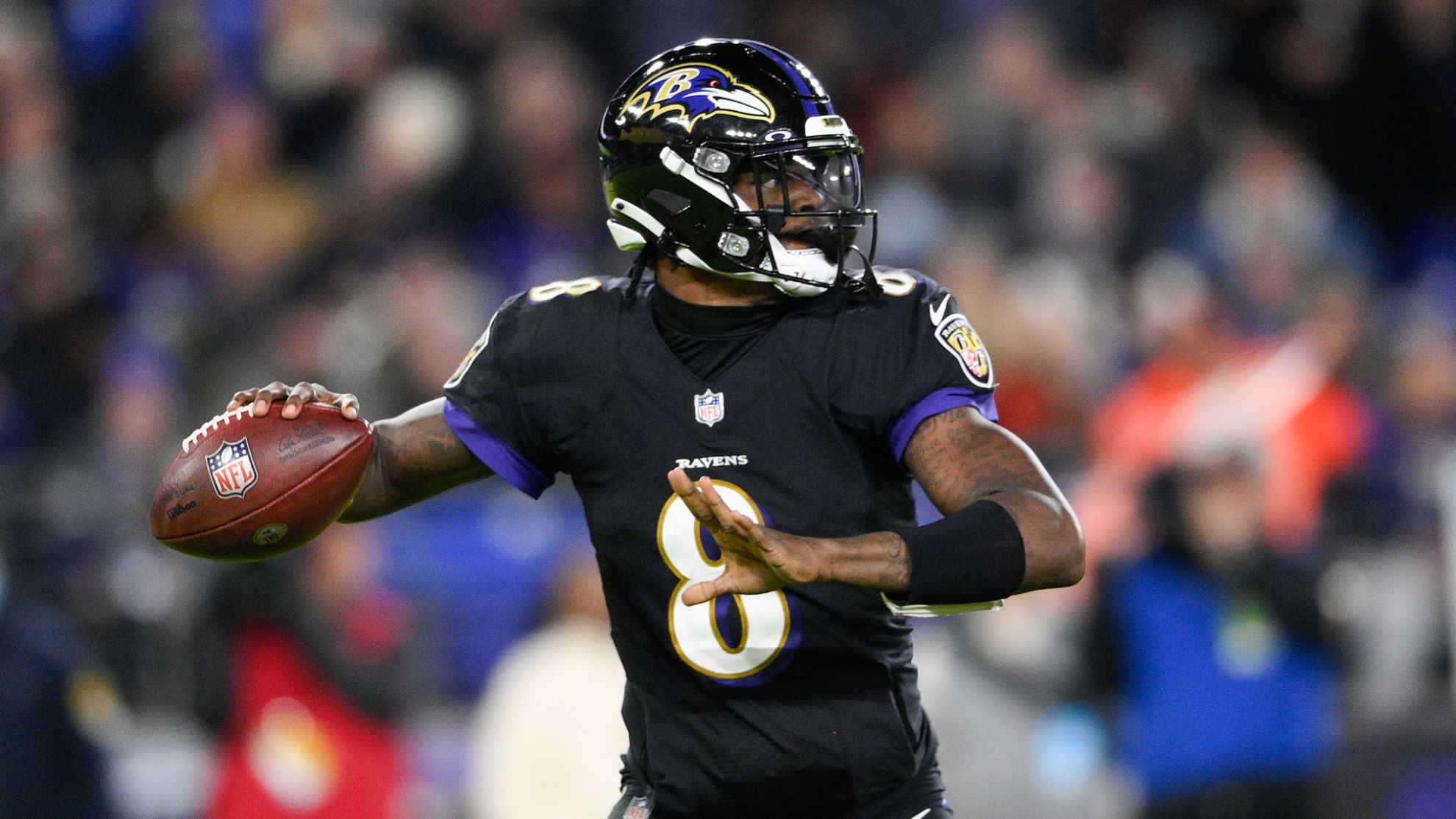 Jackson set a university record for total touchdowns with eight against the Charlotte 49ers in his sophomore year, all of which came in the first half. When Jackson began the 2017 season, his fan base and the media had high hopes for his performance. College GameDay has announced their return to the University of Louisville to host the first matchup on September 16 between the Clemson Tigers and the Cardinals, the defending National Champions. Despite the Tigers’ 47-21 victory, Jackson did not let the score affect his performance. Jackson announced his intention to enter the 2018 NFL Draft on January 5, 2018. Some draft experts questioned Jackson’s quarterback abilities and suggested that he switch to wide receiver due to his athleticism, but he insisted on playing quarterback professionally.

As a freshman in university, Jackson was quite an impressive player as he completed 135 passes out of 247 for 1,840 yards and had 12 touchdowns. He was given the ‘Most Verified Player’ (M.V.P.) of the American college football bowl game, Music City Bowl, in 2015. In 2016, he became the first Heisman Trophy Champion in Louisville school’s history. He was named ‘Adidas High-Performance Male Athlete of the Year’ for his remarkable performance in the sophomore campaign.

Ranking among the top 20 dual-threat quarterbacks, Jackson drew the eyes of major teams in the league with his record-breaking performances which landed him The Maxwell Award, The Walter Camp Award, and the Heisman trophy in his sophomore year. The Ravens traded their selection with the Philadelphia Eagles and signed Jackson for $9.47 million. Jackson has been an outstanding player throughout the seasons he played for the Baltimore Ravens in the NFL. Lamar Jackson’s rookie contract was originally 4 years long and ran till 2021.

After speculation of an extension, the Ravens exercised the 5th-year option of his contract. However, for now, he wants to remain with the Baltimore Ravens for the 2022 NFL season. Lamar Jackson’s contract with the Baltimore Ravens offered him a base salary of over $1 million while carrying a cap hit of $3,013,708 and a dead cap value of $1,597,120 in 2021. The deal guaranteed him $7.5 million, which included a signing bonus, salaries of 2019 and 2020, and an additional $355,000 of his 2021 salary. However, the 5th-year option in his contract was exercised this year. Therefore, Jackson will receive a base salary of around $23 million. It is also his dead cap amount in the final year of his contract.

Lamar Jackson also known as Lamar Demeatrice Jackson Jr. is an American football player. He owns net worth of around four million dollars. However, according to sources his four-year contract comes with 9.7 million dollars, including a 4.9 million dollar signing bonus and 7.5 million dollars guaranteed with an average salary of 2.3 million dollars. For 2023, his annual income is around 32.7 million dollars. Jackson is also quite popular for his philanthropy. He raised 29,000 dollars for charity in 2018, splitting it between Blessings in Backpacks and Mission for Hope. He also has his own Era 8 Apparel clothing line, which delivers all around the world. In 2018 he bought a 1.3-million-dollar house in Owings Mills, Maryland, which has as many as eight bedrooms. He reportedly paid 900,000 dollars in cash to own the property.

Lamar Jackson is a young good-looking smart and handsome guy with a charming and dashing personality. He owns a strong and attractive physique with impressive body measurements and a normal body type. He is about 6 feet 2 inches (188cm) in height and his body weight is around 96 Kg (211lbs).

Lamar Jackson is still unmarried. However, he is currently in a relationship with Jamie Taylor. The two have been dating since his college days at the University of Louisville since 2017.  The couple have not been revealed anything regarding their relationship. 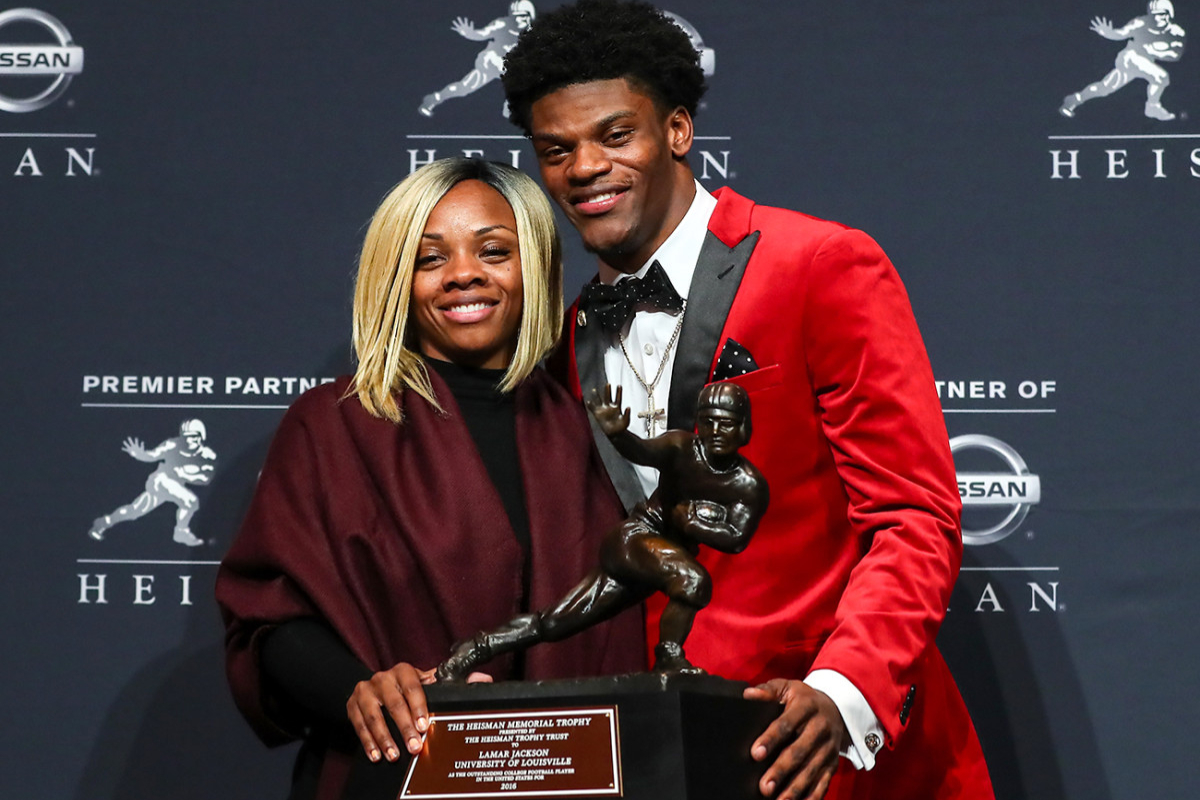 Therefore, It clearly seems that both of them prefer private relationship and always try to keep their relationship away from public eye but both of them are happy together. He also has one daughter named Milan. However, it is not sure if Jamie is the mother. Even though fans were curious to know about the child’s mom, Jackson refused to unveil more about his private life.

No. Denver is signing the 24-year-old cornerback who shares a name with the star Ravens quarterback. The other Jackson (6-2, 208 pounds) will join the Broncos’ practice squad. He is a third-year cornerback who entered the league as an undrafted free agent out of Nebraska with the New York Jets in 2020.

How far can Lamar Jackson throw a football?

Lamar Jackson Tells the Story About Throwing a Football 100 Yards. He could throw a football 20 yards when he was eight years old. Back in high school Jackson threw a football 100 yards.

What is Lamar Jackson passer rating?

Lamar Jackson has a passer rating of 97.0 in his career.

No, Samuel L. and Lamar Jackson may not be related, but they are among the best in their given fields.

How much does Lamar get paid?

Jackson is on his fully guaranteed fifth-year option this year. His earning is $23.02 million. After the season, he faces the first of two franchise tags, with the non-exclusive tag equaling to $29.7 million and the exclusive tag of $45.5 million.